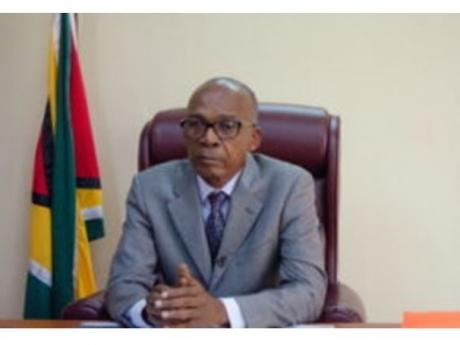 The authorities said that based on investigations, the man had been working in Guyana for six months and was initially paid, however, in recent months he was not paid in full. - CMC photo.

GEORGETOWN, Guyana, CMC – The Ministry of Labour in Guyana has stepped in to ensure that local company Superior Concrete honours its obligation to pay a former Jamaican worker.

Labour Minister, Joseph Hamilton, Wednesday confirmed that the Jamaican had received payments totalling three million Guyana dollars after refusals by the company to honour its obligation.

He said that the unidentified Jamaican had received US$15,000 and returned to his homeland last week after being stranded in Guyana for several months.

“Last week, I had to intervene with Superior Concrete and a Jamaican guy they brought here and were seeking to have him leave Guyana without paying him,” Hamilton told reporters.

According to the authorities, for outstanding wages and salaries, the Jamaican was paid US$12,500 and the remainder of US$2,500 amounted to his ticket fare and other issues.

“He was hired because of some specific technical skill he had and he was brought here by the company,” Hamilton said.

The authorities said that based on investigations, the man had been working in Guyana for six months and was initially paid, however, in recent months he was not paid in full.

The labour minister said that this is the second occasion that a foreign national had to seek the assistance of his ministry in order to get the payment owed.

In January, Turkish national Emre Kiremit was owed outstanding salaries from a popular casino and fun park on the East Bank of Demerara.

The labour ministry intervened after it was reported that the employers were attempting to force him back to Turkey without paying him for two years of work.

Hours before Kiremit and his employer were to appear before labour officials, a substantial payment was made to him and a new ticket was purchased for him to return home.