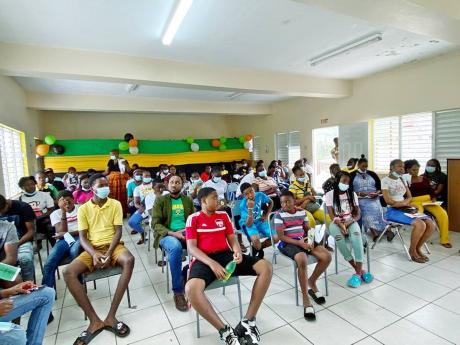 Contributed
A section of the gathering. 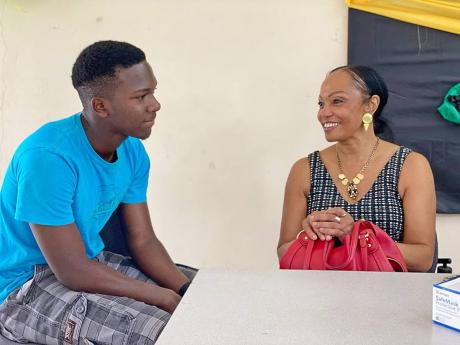 Contributed
Travis McLeod speaks to Yvonne Graham during a break in the ‘Voice Your Vision’ forum held recently in Bensonton, St Ann. 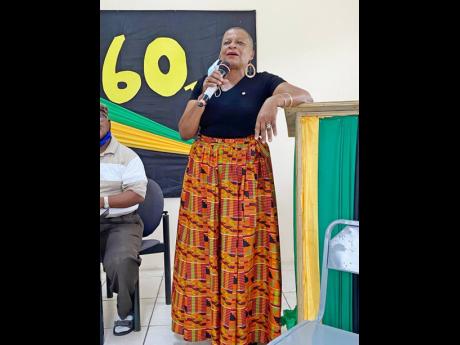 Over 70 young adults from the Bensonton division in St Ann recently benefited from a ‘Voice Your Vision’ forum, organised by councillor for the division, Lydia Richards, as part of the Jamaica 60 celebrations.

Richards told The Gleaner that the forum, which was held at the Bensonton Primary School, was primarily to listen to the young people as they express themselves and have them listen to persons who could help them focus on achieving their dreams.

“We looked at how youngsters behave, what they want to achieve and how they can go about achieving; to first of all put their vision on paper and put on paper also how they’re going to be achieving this vision that they have put on paper,” Richards explained.

The speakers included main presenter, Yvonne Graham, the former deputy borough president, Brooklyn, New York, who is originally from Bensonton; and Sergeant Lorna Small of the Jamaica Constabulary Force, among others.

Graham, whose expertise is in public health, also served as assistant to the borough president, her service spanning several years.

Issues spoken about included how youngsters behave, and achieving their dreams, which was the main focus.

Nineteen-year-old Abigail McIntosh, who is a second-year University of Technology student doing her bachelor of pharmacy degree, told The Gleaner that she was particularly inspired by Graham’s presentation.

“The guest speaker shared her experience, coming from Bensonton, and it inspired me a lot, and I trust it would have inspired others,” McIntosh said.

“Coming from a rural community, her experience basically opened my eyes, showed me that no matter where you’re from, if you have a dream, just try and push through, persevere and one day you’ll be able to look back and say, hey I did it. It motivated me a lot; I’m really grateful for it.”