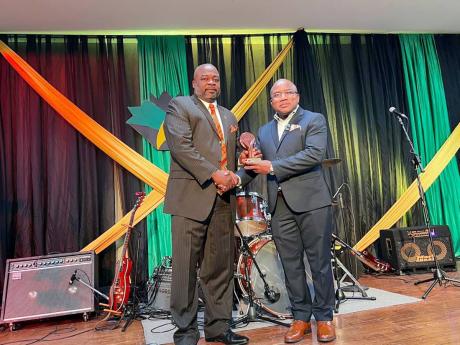 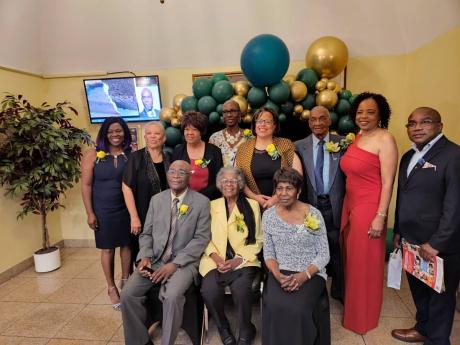 From head boy to an editor, Neil Armstrong has always been on a path of leadership.

Armstrong was well received by patrons of the auspicious occasion.

Well-known in the community, he is regularly called on to support or contribute items to any periodical/event forum that is Jamaican.

In fact, he was a member of the editorial team of the book, Jamaicans in Canada: When Ackee Meets Codfish, published in 2012.

A strong supporter of initiatives that celebrate black communities in Canada, the editor of the The Weekly Gleaner (North American edition) and the now-defunct Black Pages Directory, he is also the literary coordinator of the annual Black and Caribbean Book Affair and the monthly literary salons, organised by Blackhurst Cultural Centre in Toronto, formerly A Different Booklist Cultural Centre.

The journalist, who has worked in radio, newspaper, and television, is often called upon to do book reviews as he is an avid reader, as well as a keen listener, which augured well for him during his roles as news and program director, at CHRY Radio at York University.

During his acceptance speech, Armstrong spoke fondly of his late grandfather, a shoemaker, who operated his business on Deanery Road, Vineyard Town, in Kingston, and who he says piqued his interest and fostered his desire to become a wordsmith. This as he would sit near his work stool to read The Gleaner, the oldest newspaper in the English-speaking Caribbean, now 188 years old.

“My grandfather encouraged my reading of the paper, and my parents nurtured that love. My late mother taught me kindness and to be always willing to help someone along the way. She was the exemplar of those qualities,” he shared to hundreds in the audience.

The Brampton resident was head boy at St Jago High School, the secondary educational institute he attended during his formative years living in Spanish Town, St Catherine, Jamaica. He expressed gratitude for his parents’ guidance, which in essence paved the way for his first job at Jamaica’s social security ministry, right after high school, then later as a junior librarian at the Kingston & St Andrew Parish Library.

Though not inclined to be in the spotlight he said, “I was pleasantly surprised when I read the email informing me about it.”

He said he was nonetheless humbled and felt honoured for the public demonstration by the 60-year-old JCA, which, like Jamaica, is celebrating a diamond jubilee this year.

“Thank you, JCA for this award … I accept it and honour my mother while doing so. She provided a steady pathway for me to follow. The proverbial village is strong and will always be supportive. I will continue to play my part in it,” he said.

“My father, who could not be here tonight, taught me to always strive to do my best. My siblings, extended family, and friends (and I count among them many from my childhood), provided a strong support for me over the years,” Armstrong concluded to thunderous applause.

Keynote speaker was Jamaica-born Dr Mary Anne Chambers, who was named in April the 10th Chancellor of the University of Guelph. She is a former Scotiabank senior vice-president and former Ontario Minister of Training, Colleges and Universities and Minister of Children and Youth Services. Also, Dr Chambers is chair of the Board of Grace Foods Canada Inc.

Her memoir, From the Heart, has recently been published by Dundurn Press, excerpts of which she read to eager listeners during her address.