Stand Up For Jamaica spurns Montague's call for hanging to resume 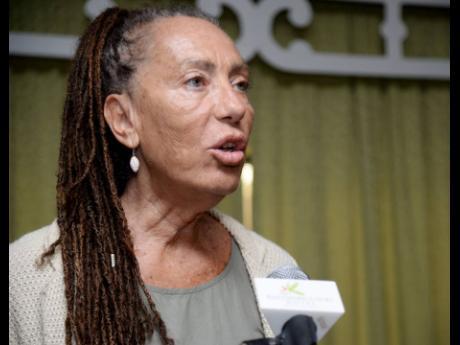 Carla Gullotta, Executive Director, Stand Up For Jamaica, through a press release on Thursday, lashed out against Montague for his utterances.

At least one human rights group is lashing out against former national security minister Robert Montague's call for lawmakers to resume hanging and to make licences for firearms more accessible for law-abiding citizens.

There are currently approximately 45,000 licensed firearm holders in Jamaica with 167,000 guns, while the last hanging in Jamaica was carried out in February 1988.

During Wednesday's debate on the Firearms Act in the House of Representatives, Montague reiterated his grouses with the current laws regarding hanging and the issuing of gun licences.

“It is time for us to arm the society. Any decent law-abiding citizen with a clean police record, no mental issues or domestic violence conviction, should be able to acquire a gun permit within four to five days of applying… If you are armed, criminals don't mess with you… The police and the army are held at bay for hours sometimes in a shoot out, yet we are calling on law abiding citizens to join the fight against crime. What must they join with?! Dem two long hand and two stone and a cutlass? And what they must do with those?” Montague asked.

“We must resume hanging without delay! It is plain to see, hanging, the statistics show, is fit for purpose for Jamaica. It might not work elsewhere, but this 50 year study has clearly shown that hanging keeps murders low in Jamaica,” he said.

Carla Gullotta, Executive Director, Stand Up For Jamaica, through a press release on Thursday, lashed out against Montague for his utterances.

“We are deeply disappointed that former national security minister Robert Montague continues to campaign for parliamentarians to gain the political will to revive hanging in Jamaica,” Gullotta stated.

“We at Stand Up for Jamaica are again repeating that the death penalty is not the answer to curbing the country's crime problem,” she said.

She highlighted that Montague argued that for 25 years between 1962 and 1987, an average of 297 persons were killed per year when executions were being carried out, compared to the average of 1,094 people per year between 1989 and 2014 when no hangings took place.

“This argument is baseless, as there is no clear link that the omission of hanging led to the spike in murders on the island. This will be a blatant infringement on the basic human right that the state should do more to protect and preserve at all costs,” Gullotta stated.

She declared that Stand Up For Jamaica is committed to advocating for the abolition of the death penalty, as capital punishment is not an effective deterrent to crime and does not address the root causes of crime.

On the other hand, Gullotta said her group agrees with Montague that parliamentarians should update these laws or remove them from the books.

“However, we believe there should be a much broader approach if we are to fix the crime problem in our country. Instead of reviving this inhumane and ineffective practice, we are urging the government should address the critical reforms needed in the justice and law enforcement systems,” she added.