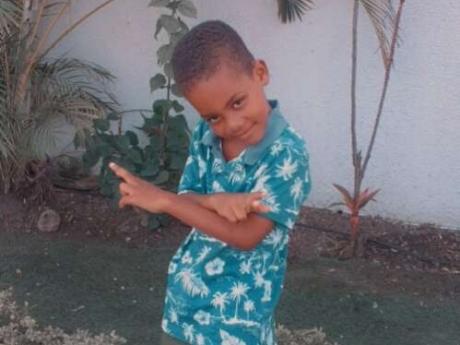 It is reported that while crossing a ford the boy fell and was swept away by floodwaters. - Contributed photo.

Residents of Catadupa district in St James remain in disbelief over the death of a six-year-old boy who was on Thursday swept away by floodwaters.

He's Jevanie Kidd, who was a student at Catadupa Primary School, which is located in the community.

The incident happened some time around 2:30 p.m. as the child was making his way home to the community of Belfont, which is in Catadupa, shortly after heavy rainfall in the area.

It is reported that on his way home the boy came upon a ford, which he needed to cross to get to his house.

While crossing, he reportedly fell and got swept away.

Concerned relatives reportedly went in search of the child when he did not arrive home.

They later discovered that he fell in the ford and was swept away by floodwater.

A report was subsequently made to the Cambridge police and a search party involving relatives and community members set out to find the child.

His body was later found in the Catadupa river last night.