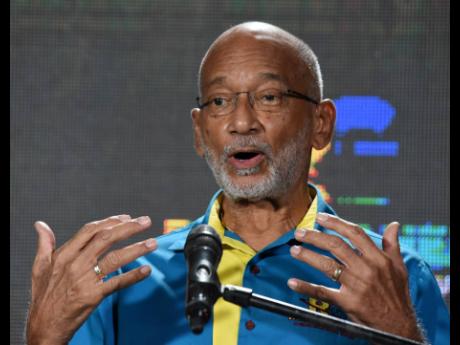 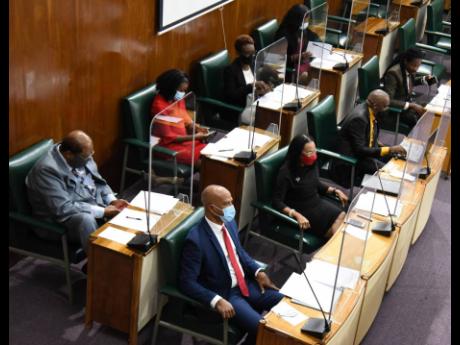 Opposition senators seated during a sitting of the Senate
1
2

FORMER INDEPENDENT senator, Douglas Orane, wants the Government to act quickly on calls for the Senate to be expanded to include independent senators and for the Constitution to be amended to enshrine the provision in law.

The retired business executive said that it is clear that the overwhelming majority of Jamaicans want independent senators to be a part of the parliamentary democracy, based on the results of the latest RJRGLEANER Group-commissioned Don Anderson poll, which indicated that 70 per cent of Jamaicans supported the inclusion of the independent senators.

In the poll that was conducted from July 16-25, 16 per cent of the 1,113 respondents opposed the idea while 14 per cent were uncertain.

Responding to whether the Government should consider amending the Constitution to allow for the appointment of independents, he said: “Absolutely.”

“And the quicker, the better and we have the ideal opportunity since the Government has said that they’re proceeding to have a review of Jamaica’s Constitution in the near future. So, now is the time to put that on the table,” he added.

The Constitution currently provides for the appointment of 21 senators, 13 chosen by the Government and eight by the Opposition.

However, in 1997, when then Prime Minister P.J. Patterson was returned to Government by an overwhelming majority, he appointed Orane and Trevor Munroe as two independent senators, along with 11 Government senators.

Referring to his appointment then, Orane said there was nothing in law that mandated Patterson to make that decision, hence the Government could also include independents without troubling the Constitution.

“But the issue is that it is not a requirement on what the Jamaicans have the expressed is that they believe it is the right way to go and to make sure that it is permanent. It needs to be constitutionally entrenched,” Orane argued.

Furthermore, he said: “The fundamental reason why you want independent senators, you want to have a diversity of opinions. You want to have individuals who will cause the nature of the conversation, the deliberation and garnering of facts to be at a qualitatively different level than it currently is, because that can only redound to the benefit of the nature of the laws that we have passed and the health of this society.”

Orane further highlighted that Jamaica was one of the few English-speaking Caribbean countries in which the inclusion of independent senators was not entrenched in law.

He pointed to both Barbados and Trinidad, where it is required by law to have more independent senators than opposition senators.

“We have to ask ourselves, why were their Constitutions structured in that way? And clearly it was to bring a level of balance to the deliberations of the Senate, which is there to ensure that good laws are passed in the interests of all the society and not necessarily for political partisan reasons.

“Therefore, in my opinion, what we should be doing is to follow as quickly as we can, what our Caribbean neighbours have been doing for the last 60 years,” he added.

Based on his own personal experience, Orane said the presence of the two independent senators brought change to the quality of the discussion and greatly influenced the nature of laws that were passed.

The Senate comprises 21 senators, with 13 appointed by the Government and eight by the Opposition.

Consequently, Senate debates, and votes, over the years have been restricted to follow sterile partisan lines. And based on the current composition of the Senate, at least one opposition senator would be required to vote with the Government’s 13 lawmakers to achieve a two-thirds majority for approval, if the Opposition rejects a bill.

Last November, states of emergency in seven police divisions expired because the Government side could not get a single opposition vote for the security measure to be extended for three months.

However, Orane noted that looking at what exists in other Caribbean countries, it may not be possible to prevent senators, specifically Government senators, from voting in a bipartisan manner given that they have the majority.

But with the inclusion of independent senators, the nature of the conversation would be different, Orane said.