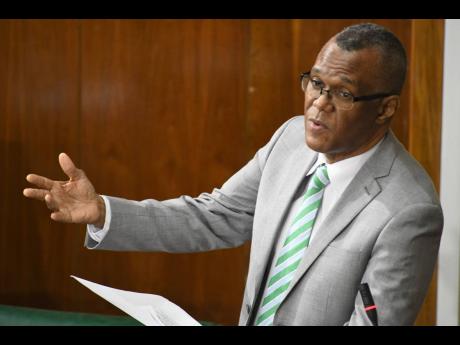 The councillors launched numerous verbal torpedoes at the JPS’s unsatisfactory behaviour, including their lack of attendance at the corporation’s physical planning meeting, lack of response to safety concerns, and its issuing of customer bills ranging from tens of thousands to millions of dollars.

Government Senator Charles Sinclair, the StJMC’s councillor for the Montego Bay North East division, supported a recent statement by Energy Minister Daryl Vaz, who voiced his disagreement with the Office of Utilities Regulation’s (OUR) granting of a 0.7 per cent rate increase to the company.

“I have seen elsewhere that the Honourable Minister Daryl Vaz, who has responsibility for the JPS, made some public comments in respect to the JPS, and I want to stand in support of the minister for his courage to speak out in respect to the JPS. From this municipal corporation, from ever since I have been here as a councillor, we have been having issues with the JPS,” said Sinclair.

“These include broken and damaged poles that are not repaired and replaced, or repaired in a timely manner, which is a constant situation that impacts upon safety and on the aesthetics of the place. There are also low-hanging wires, not necessarily JPS wires, but from cable operators who use the JPS poles under third party agreement with the JPS. Out in Ironshore and Coral Gardens, you have people who have to use bamboo sticks and push up the cables that are low-hanging in order to get into their yards, and JPS has not responded to this in a timely manner,” added Sinclair.

Sinclair’s complaints were seconded by Michael Troupe, the councillor for the Granville division, who pointed out the JPS’s lengthy delay in restoring electricity to one of his constituents, despite an order from the OUR for them to do so.

“There is a gentleman living in Retirement in my division, and he has a light bill for $3 million. He called the OUR and they instructed JPS to put on back his light … all now they don’t put on back the man’s light,” Troupe told the meeting.

“Apart from that, we are no more councillors, we are JPS police, because we have to be reporting the issues as it relates to streetlights and power cuts,” continued Troupe. “When we call as the representatives for the people, they [JPS] ask us to give a report number, so we cannot call in without putting in a number. Sometimes when you call, they do not pay you any mind, especially on a weekend. The only person that the people call is the councillor because they cannot get JPS.”

One day prior to the StJMC’s meeting, the JPS had refuted Vaz’s accusations against the company, saying that it was not aware of reports that 100,000 customers are waiting to be connected and that unplanned outages in various communities are ‘an inescapable reality of power systems across the world’.

The JPS’s management is expected to appear before a meeting of Cabinet on September 12 to address the concerns which have been raised.