More changes coming for laws on marijuana use 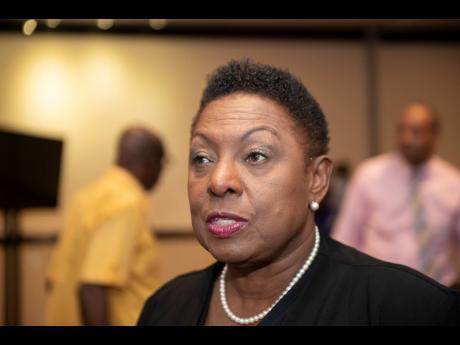 No timeline was given for the amendments. - File photo

Culture and Entertainment Minister Olivia Grange says the Dangerous Drugs Act will undergo further amendments that will see the widening of legislative authority and the recognition and preservation of marijuana use in Jamaican culture.

The legislation was amended in 2015 to decriminalise the use of small quantities of marijuana, but Grange who was at the CanEx Business Conference and Expo in Montego Bay, Friday night, announced the pending changes to the legislation, which she said were decided two weeks ago by Cabinet.

“Ultimately, it is about the re-enfranchisement of our people, so it is my hope that we go even further than decriminalisation and create legislation that will enhance its cultivation, it's production, processing, and distribution, including the creation of by-products as part of our governance policy to promote sustainable prosperity for all,” she added.

The culture minister said Cabinet has instructed that the legislation be amended because the Ministry of Culture, a critical component, was not adequately recognised, similar to the Ministry of Industry, Investment and Commerce, Ministry of National Security and Ministry of Justice, especially given the historic nature of marijuana cultivation and use by Jamaicans.

“We are kotching at the table we're not officially at the table, but I have good news for you, Cabinet made a decision that the legislation must be amended to ensure that the Ministry of Culture is at the table,” Grange said.

No timeline was given for the amendments.