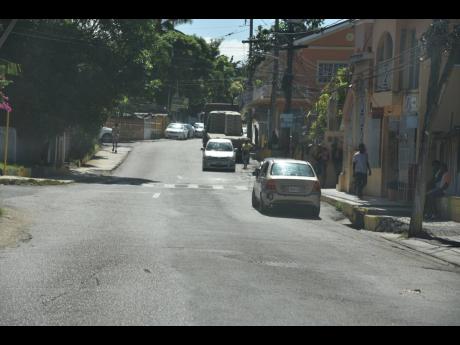 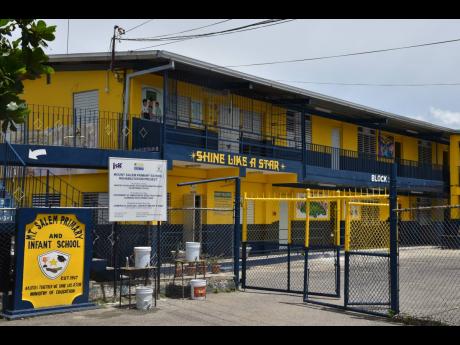 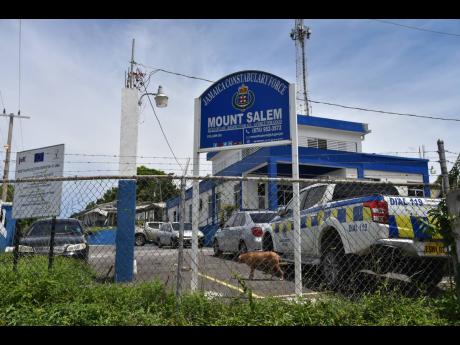 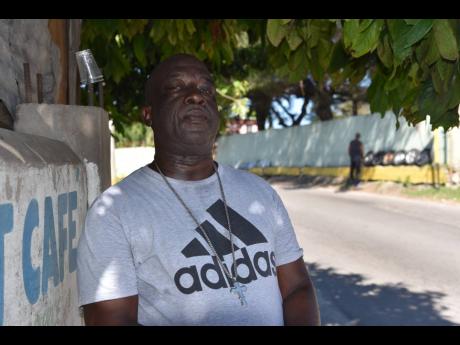 Mark Titus
Barrington Appleton, who has lived in Mount Salem for more than five decades.
1
2
3
4

Mount Salem in St James was the scene of yet another murder on Thursday, five years after a zone of special operations (ZOSO) declared in a section of the community ushered in relative peace. But as residents admit gains have been made, they fear the area could be slowly heading back to the post-September 2017 era.

The much-feared Crawford Street as well as Piggott Street, Coffee Lane, Campbell’s Lane, Katon Lane and Smart Street – each with unique identities and different levels of criminal repute – were known areas of concern for the security forces that led to the security and social-intervention operation.

Mount Salem, the Montego Bay community which is home to the Cornwall Regional Hospital, straddles two political constituencies, with the main road separating St James Central – home to some of the more affluent residences and important infrastructures such as the community centre, library and primary school – from St James Western Central, which was largely characterised by low-income housing and is home to a mix of different social classes, whose members understand the deadly unwritten code that silence means keeping their lives.

“There was division within the community, which caused persons from one street to be afraid to go into another street,” Winsome Barnes, president of the Mount Salem Committee Development Committee (CDC) Benevolent Society, recalled of the days before the ZOSO. “Persons from Jungle would not go into Crawford Street, while Crawford Street would not go to Clarke Street. The community was divided because of gang-related activities.”

At that time, the police linked the feuds to generational warfare that led to a concerning rise in homicides throughout the Mount Salem police area, which also includes Norwood, Rose Heights, Green Pond and Cornwall Courts.

But five years later, the physical and social transformation led by the Jamaica Social Investment Fund (JSIF) has been significant. The police station, community centre and primary school have been rehabilitated, in addition to significant investment in roads and the removal of zinc fencing.

Approximately 3,000 residents have also benefited from programmes such as parenting support, skills training, and entrepreneurship training, with some given grants to start their own businesses. Five hundred have benefited from the regularisation of their water supply.

With more than $200 million spent, an additional $80 million is earmarked for several outstanding projects, including an early childhood institution, a community park and several green spaces.

Haunted by a troubled history

Deputy Superintendent Ainsley McCarthy, who is in charge of the ZOSOs in Mount Salem and Norwood, said that last Thursday’s fatal shooting did not occur within the declared zone, noting that since the security measure was imposed, seven murders have been committed within the ZOSO boundaries.

According to police reports, Lawrence was on his way home from work with two co-workers, when, on passing the intersection of Brunswick Lane and the Mount Salem main road, they were approached by two armed men who fired several shots, hitting the labourer all over his body.

“It occurred along the Mount Salem main road, which is outside the ZOSO. However, it has serious implications because the victim is from within the zone and we are aware of the possible retaliation and that is why we have established a curfew in the area,” McCarthy told The Sunday Gleaner on Friday.

The curfew, which began at 8 p.m. on Friday is expected to be lifted at 8 p.m. today.

The descent into Crawford Street ensures that residents can strategically observe all approaching vehicles.

Standing in small groups, youngsters closely monitored the uncommon sight of strangers entering their community when The Sunday Gleaner visited. There were stares of disapproval at the sight of a camera taking photos of uncollected garbage.

Paulette ‘Cutie’ Johnson, Lawrence’s mother, sat at her gate, staring blankly as she recalled memories of her son.

The 60-year-old, grief-stricken woman spoke with pride of her much-maligned community, where she has lived all her life and raised her children.

“I worked at the [Area One] police garage for 21 years so I had to raise my children well. We have been enjoying peace; now they kill mi pickney, and is a M16 they use pan him. Him nuh have nuh face left,” she said.

Residents fear that Lawrence’s killing could push Mount Salem back into the dark days of border lines drawn throughout the community.

While expressing their gratitude for JSIF’s work in improving their community’s infrastructure, they blasted the security forces’ attitude towards them over the years.

“If a member of another community was killed, Crawford Street would be crawling with police, but we are nobody to them, so up to now none come here,” said a resident, who claimed to be close to the slain father of three.

They also lamented that although several persons witnessed the killing, none has expressed a willingness to give the police a statement.

Unrepentant about the reputation of notoriety earned over the years, residents say it is better for the community if strangers are reluctant to enter their space.

Quizzed as to whether there would be a reprisal, the gathering responded in a chorus, “Yes, it is a message they send.”

Barrington Appleton, who has lived in the community for the past 54 years, says the ZOSO has brought calm between the warring streets, but said the tension remained high.

He said it was not entirely effective.

“Even though the ZOSO is here, it does not make a difference because if the police are at the front, men walk at the back,” he said.

Sporting events – and football, especially – have proven to be safe zones despite the bitter rivalry over the years, noted Winsome Barnes.

“Football always brought the people together. It bonded the community together, no matter what was happening, so we have places that are perceived safe zones, such as the school, community centre and the playing field – like a sacred ground, where no one tries to start any violence,” president of the Mount Salem CDC Benevolent Society said. Although the Jamaica Labour Party’s Marlene Malahoo Forte represents St James West Central, the People’s National Party’s Kerry Thomas, who is councillor for the Mount Salem division, enjoys overwhelming support in the designated zone.

Thomas claims that there is no dialogue between the political leaders regarding the development of Mount Salem.

“You would have expected that leadership would constantly come together in the interest of the community and plan activities and work together for the greater good of the people, but that is totally not happening. There is no support from the MP (member of parliament) towards community initiatives,” he charged.

“ZOSO will not bring about the change we are expecting within the community if it is used and manipulated by [politicians],” Thomas argued. “It should never be about who brings ZOSO here when a road is repaired, but silence when a crime is committed. ... Leaders have to take responsibility for everything – the good and the bad.”

Repeated efforts by The Sunday Gleaner to get a comment from Malahoo Forte, her personal assistant or Councillor Dwight ‘Debo’ Crawford, who is the deputy chairperson for the constituency, were unsuccessful.

Thomas, an engineer by profession, has high praise for the infrastructural improvements in the community, but wants some attention for the people of Comfort Lands, including the issuance of titles for the properties they occupy.

“The new police station and the improvement of the school block at the primary school and the community centre are also welcomed, but most importantly, we will need to get back into a programme of restorative justice because the people of Mount Salem all want good for themselves and their families, but we must provide that bridge that is required to bring those with differences and long-time hurt together,” he added.

The CDC remains optimistic that Mount Salem will become the model community stakeholders were dreaming of when the ZOSO pilot was launched there. They acknowledge that the problems created over the past four decades cannot be rectified without teething pains, and identify the lack of proper parenting skills and the high number of unskilled youth as immediate concerns.

DSP McCarthy and his team are focused on keeping things under control.

“So even after the social initiatives are completed, the police have to maintain a presence in the zone, so that the people can feel safe as the communities get back to normal,” he said. “A return to normalcy is the stage where we will gradually reduce our presence to normal policing.”