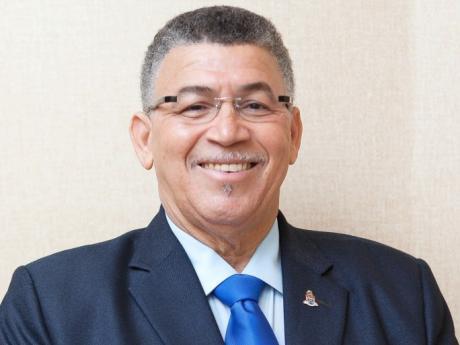 Last week, Premier Wayne Panton called on the 67-year-old Bush, a  former premier, to step down following allegations that while intoxicated, he sexually harassed at least two women at a cocktail party. - File photo

GEORGE TOWN, Cayman Islands, CMC – Governor Martyn Roper Tuesday called on the Speaker of the House, McKeeva Bush to resign saying that “inappropriate behaviour towards women should not be tolerated in any society.

“We all have a responsibility to call out this type of behaviour and support the victims,” the Governor said, adding that “like so many others in the community I was shocked to see social media and press reports concerning the conduct of Speaker Bush at a regional gathering of tourism ministers and officials”.

He said that while these matters are currently the subject of a police investigation, “I will therefore not comment further about these allegations.

“In the circumstances it is right that Mr Bush resign from his role as Speaker of Parliament as he has confirmed to the Premier and to the press. I had urged him to do so in private correspondence.

“Our elected representatives have a responsibility and duty to uphold the highest standards of conduct and behaviour expected of everyone in public life,” Roper added.

Last week, Premier Wayne Panton called on the 67-year-old Bush, a  former premier, to step down following allegations that while intoxicated, he sexually harassed at least two women at a cocktail party hosted by the Tourism Ministry during a Caribbean Tourism Organisation (CTO) conference.

Premier Panton, who had travelled to London for the Queen's State Funeral on Monday, said he intends to deal with the matter later this week at the end of the official period of mourning.

The Opposition Leader said that while the Royal Cayman Islands Police Service has already indicated that it had launched an investigation into the matter “the thoughts of myself and my colleagues are with the women who have suffered the alleged assaults."

This is not the first time that Bush has been faced with such accusations.

In December 2020 he received a two-month suspended jail sentence for assaulting a woman in February that year.