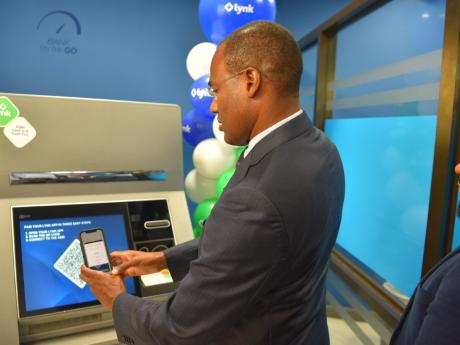 He said using the digital wallet will increase efficiency in disbursing funds for Christmas work and reduce the cost to Government. - JIS photo

The Government is targetting payments to some persons engaged under the annual Christmas work programme through a digital wallet.

Minister of Finance and the Public Service, Nigel Clarke, said the intention is to undertake the digital payments through LYNK as a pilot this year to encourage greater take-up of JAM-DEX, which is the Central Bank Digital Currency (CBDC).

He said using the digital wallet will increase efficiency in disbursing funds for Christmas work and reduce the cost to Government.

Through the LYNK app, persons will be able to receive payments using a smartphone, rather than having to go to a bank to cash a cheque.

Clarke said he intends to offer his constituency, St Andrew North Western, as part of the pilot for the digital payments and encouraged other members of parliament to do likewise.

He noted that the pilot will enable the Government to “assess the things we need to work on”.

“The Government wants to see the digital economy and society take hold, because that is the future. There are a lot of transactions that take place today; payments that are cash-based, which is suboptimal. I think of things like some of the work programmes, where people work at Christmas time and they make the place look good… all of those thousands and thousands of persons are paid cash.

“The Prime Minister has stated, as a goal, that eventually, we want that to be paid through the CBDC, which has a number of advantages,” Clarke pointed out.

He was speaking at the media launch of the LYNK Automated Banking Machine Cash in and Cash out feature in New Kingston, on September 20.