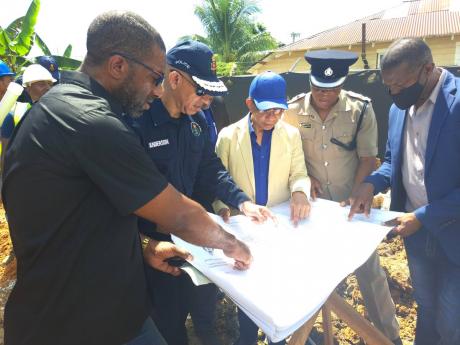 DESPITE THE illicit activities of scammers raking in an estimated $300 million annually for the local economy via the notorious lottery scam, National Security Minister Dr Horace Chang wants nothing to do with those involved in the trade and is looking forward to extraditing more of them to face justice in the United States.

According to Chang, who has held the national security portfolio since 2018, the police and members of the Jamaican Operations Link to Telemarking (JOLT) task force have been doing an excellent job in apprehending scammers, noting that some 21 persons who were involved in the illicit scheme were extradited to face justice in the United States last year.

“The JOLT team is jerking the scammers,” said Chang, who was speaking at last Thursday’s groundbreaking ceremony for the new Frome Police Station in Westmoreland. “Between the joint operations groups linked to telemarketing, working with the CTOC (Counter Terrorism and Organise Crime Investigations) branch of the police, they have extradited 21, and there is more to come.”

“I can say that with confidence because in addition to that, there are 52 [people] in courts because of scamming, and I know that between the JOLT team and the police they are monitoring dozens of them out there, and we are going to find them, catch them, and lock them up,” continued Chang.

According to the security minister, “Over the last eight months, the country has handed over some big scammers to the US authority to answer multiple changes committed in the execution of their illegal scamming activities.”

But, despite the security forces’ success in bring down scammers, the spate of murders linked to the criminal scourge continues, as new players move in to take the place of those who have been displaced.

“Since year, there have been 16 extraditions of big scammers, and when you take out a scammer, sometimes that cause problem because the little ones them leave behind start to do things, and use them guns to rob and kill people and, therefore, the killings don’t go down as you would like, but it is important that we disrupt these guys,” he explained.

The JOLT task force, though operating since 2008, was formally launched in 2009 and is made up of the Immigration Customs Enforcement (ICE) division of the United States Homeland Security Department, the United States Embassy in Jamaica, the Jamaica Constabulary Force and individuals from a number of state agencies, including Customs, Passport Immigration and Citizenship Agency, the Office of the Director of Public Prosecutions, and the Financial Investigations Division of the Ministry of Finance and the Public Service.