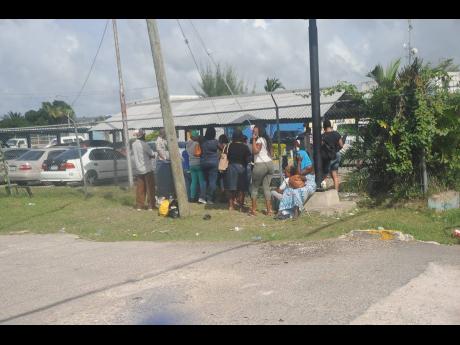 File
In this 2018 photo, relatives of SOE detainees wait at the fence of the Freeport Police Station in St James. 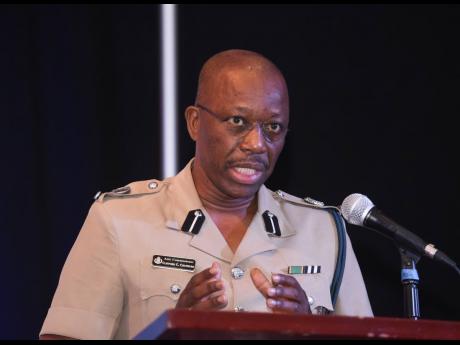 ASSISTANT COMMISSIONER of Police Clifford Chambers, head of western Jamaica’s Area One Police Division, says that he is currently unable to verify claims made in a recent report by the Police Civilian Oversight Authority (PCOA) that lock-ups in the division are in a dismal state.

Chambers was responding in an interview with The Gleaner on Wednesday to the report’s findings that were published in the PCOA’s quarterly newsletter, including allegations of washbasins being used as toilets, showers being out of service, and prisoners’ belongings not being seen in custody.

According to the Area One commander, policy dictates that notifications of facilities being out of order should be made to the relevant authorities in a timely manner.

“As it relates to the strain on the resources, there is a mandated policy that if anything goes wrong, it ought to be reported immediately. If the shower stopped working, or if there is a breach in the security system, whether it be the mesh or the bars being tampered with, or if the bathroom facilities are not working, etc., those are reported promptly followed by a report to the designated authority. The speed at which those things are remedied is nothing that we ourselves here in the division have control over,” Chambers explained.

“Unfortunately, it therefore means that the existing system, whether it be the wash tubs, face basins, or showers, will have to be used because we cannot let out these persons, since they are in our custody and rightfully so,” he added. “Once persons are arrested and charged, we have to take custody of them, as we cannot put them anywhere else. Oftentimes, we do have overcrowding, and oftentimes we do not; it depends on how quickly they go through the judicial system to be remanded, granted bail, to be sentenced and go to a detention centre.”

The PCOA’s concerns as outlined in its report arose from its prisoners-in-custody inspections, which were carried out in March this year at several lock-ups in the Area One’s jurisdictions in St James, Hanover, Westmoreland, and Trelawny.

The lock-ups which were inspected at that time included the Freeport and Barnett Street lock-ups in St James; the Hanover divisional headquarters in Lucea; the Negril and Savanna-la-Mar lock-ups in Westmoreland; and the Falmouth and Clark’s Town lock-ups in Trelawny.

Regarding the reported lack of record-keeping on prisoners’ belongings, Chambers noted that proper documentation should be made in accordance with procedural policy.

“Once an item is taken from a prisoner, it should be properly entered into that record, and where there are breaches of that as observed by the oversight authority, that by itself would lead to a query and/or an investigation. If it is found that the persons who are responsible should be held to account, that will be done,” said Chambers.