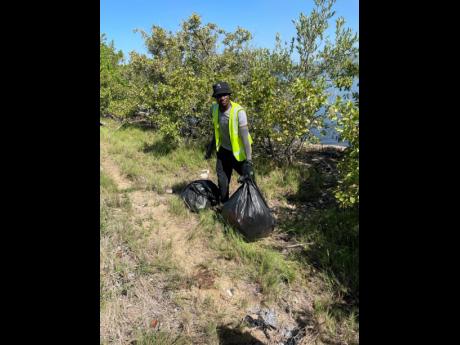 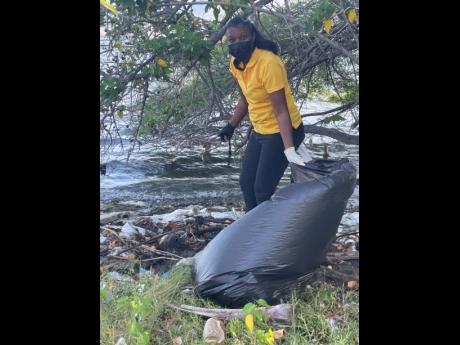 Contributed
Opposition Spokesperson on Land, Environment and Climate Change, Senator Sophia Frazer-Binns, wasted no time and quickly got to work picking up garbage from Gunboat Beach. 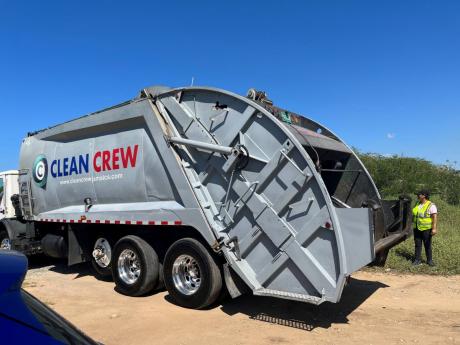 Contributed
The Clean Crew were on sight to provide solid waste haulage support to the Rotaract Club of Kingston and other volunteers during the International Coastal Clean-up Day 2022. 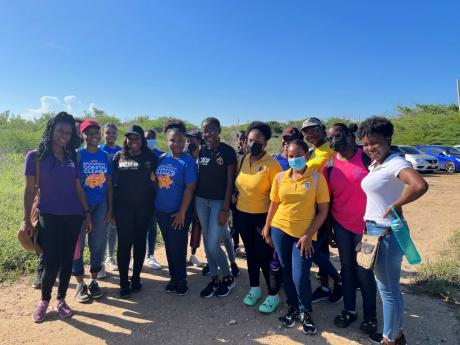 Contributed
The young women from Holy Childhood High School came out in full force, ready to lend a hand to the clean-up efforts during International Coastal Clean-up Day 2022.
1
2
3
4

THE ROTARACT Club of Kingston (RCOK) this past weekend led a troop of environmental enthusiasts in a united effort to remove plastic and debris from the shorelines of the Gunboat and Buccaneer beaches, in recognition of International Coastal Clean-up (ICC) Day 2022.

RCOK’s director and project lead for ICC Day, Brandon Whittaker, commended the willingness of each participant to come together in an effort to secure Jamaica’s safety and ecological health.

“It was significant since it gave us an opportunity to observe various contaminants that contribute to the harming of our seas and coastline. It was especially essential since, even on a small scale, today we were able to jointly reduce some of that dissonance,” he noted.

More than 100 volunteers showed up to lend a hand to the cause, and together collected some 100 bags of garbage, with an additional 50 bags containing plastic bottles only.

“The challenge to correct and reverse the damage to our ocean rests with all of us. We rely on our marine life for clean air with oceans being a major carbon sink. A day like ICC is a very important and timely reminder of the importance of a clean marine life to our environment, our food security, and health,” she added.

The Caribbean Community Secretariat noted as far back as 2003 that the lack of land areas and resources available for the safe disposal of wastes, population growth, the growing tourism industry, and the increase in imports of polluting and hazardous substances combine to make pollution prevention and waste management a critical issue in most Caribbean states.

In the meantime, RCOK have said they remain committed to being better stewards of the environment through their quarterly beach clean-ups and environmental rehabilitation efforts.

“Since 2020, we have collected over 2,000 bags of plastics and garbage from our shorelines weighing more than two tonnes,” revealed club president, Toni-Moy Stewart.

“Our ‘Reduce, Reuse, and Rehabilitate’ project from 2021 continues this year as we aim to not only remove debris from our shorelines, but to also replant and restore mangrove forests, as these form an integral part of coastal resilience and ecological conservation,” she added.

Further, Stewart said that with continued “ingenuity, symbiotic partnerships, and communal endeavours”, the RCOK will continue in its efforts to make inroads into environmental and ecological preservation.

The Buccaneer and Gunboat beaches form a part of the Palisadoes Port Royal Protected Area. Gunboat Beach was developed in 1955 after being commissioned by the Government of Jamaica and was so named after the rusting hulk of a Haitian gunboat. Because of excessive pollution, swimming and water sports are no longer recommended at either site.