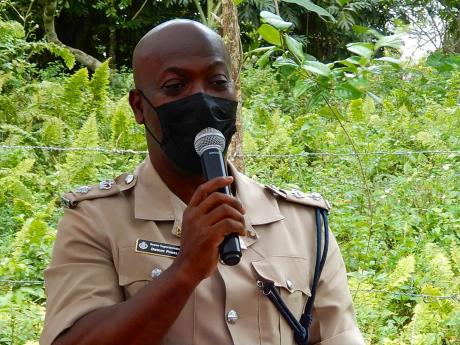 “I can confirm that we have a report treating with. We’re treating it as a report of sexual assault of a female student from the school”: SSP Dwight Powell.

The St Mary police are investigating reports of sexual assault of a female student at a high school in the parish on Monday.

However, acting Area Two Commander, SSP Dwight Powell, said it is yet to be authenticated.

Powell referred The Gleaner to the police's Constabulary Communications Unit for information but confirmed that a report was made to the police.

“I can confirm that we have a report treating with. We're treating it as a report of sexual assault of a female student from the school,” Powell told The Gleaner, adding that the alleged perpetrator was unknown at this time.

“I don't have the detail so we cannot yet identify. The report is not yet authenticated. We're confirming that we're treating with a report yet to be authenticated,” Powell said.

Reports have suggested that the student was dragged into a bathroom at the school and sexually assaulted while classes were in session.

The reports claim that the school administration have confirmed that investigations are ongoing in a case of alleged rape of a student at the school.

Figures by the Jamaica Constabulary Force show a 15 per cent drop in the number of rape cases reported across the island up to September 17, compared to the same period in 2021.

In St Mary there were two cases last year, compared to three this year.