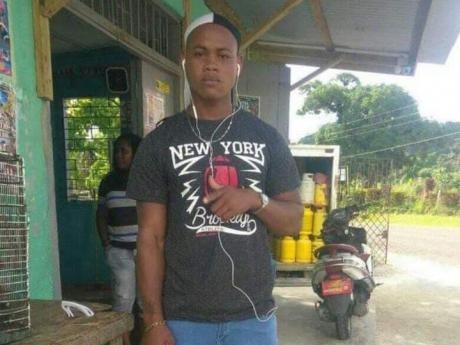 He was convicted in July of five counts of murder in relation to the killing of his cousins Kemesha Wright, Kimanda Smith, 15, Sharalee Smith, 12, Rafaella Smith, 5, and 23-month-old Kishawn Henry Jr. - Contributed photo.

The sentencing of Cocoa Piece killer Rushane Barnett has been set for October 20 in the Home Circuit Court.

Presiding judge Justice Leighton Pusey said he wants time to consider the sentence that is to be imposed.

Earlier at the sentencing hearing, Director of Public Prosecutions (DPP) Paula Llewellyn argued that Barnett, who pleaded guilty to five counts of murder, should get life in prison and should serve 55 years before being eligible for parole.

"The Crown is obliged to remove the death penalty as an option,” Llewellyn explained.

During Barnett's first court appearance, the DPP's office had served notice that it would seek the death penalty.

"This is a matter of law. Everyone who pleads guilty is entitled to some amount of credit," she added.

She suggested that Pusey goes outside the normal sentence range of 15 years to life in prison.

Llewellyn recommended that as a starting point Barnett should be sentenced to life in prison for each count of murder and not be eligible for parole until after serving 60 years and nine months.

The DPP argued that the crime is one of the worst her office has seen in Jamaica.

Responding, Barnett's lawyer Tamika Harris asks the judge to give him a 33 1/3 per cent discount on the sentence.

"He has saved the court's time and resources," she said.

"By pleading guilty he is showing that he is remorseful," said Harris.

He was convicted in July of five counts of murder in relation to the killing of his cousins Kemesha Wright, Kimanda Smith, 15, Sharalee Smith, 12, Rafaella Smith, 5, and 23-month-old Kishawn Henry Jr.

Barnett, who had been staying at the house, fled the area to Wilson Run in Trelawny but was later apprehended in the parish.