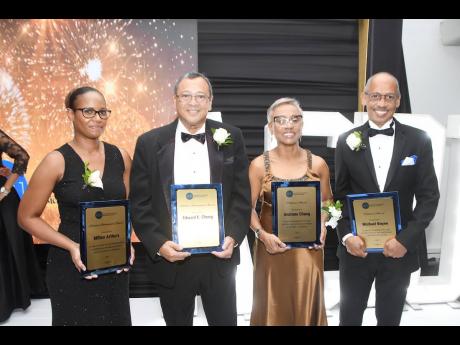 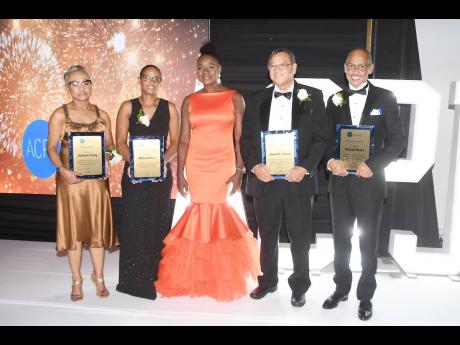 The Association of Consultant Physicians of Jamaica (ACPJ) honoured four exemplary doctors at the 20th staging of its annual President’s Reception Awards Banquet on Friday. The event was held at The Spanish Court Hotel in Kingston.

The awardees included cardiologists Dr Andrene Chung, and Dr Edward Chung, professor of endocrinology Michael Boyne and gastroenterologist Dr Milton Arthurs. In his absence, Dr Arthurs’ daughter, Dr Melissa Arthurs, accepted the award on his behalf. The awardees were recognised for their stellar efforts in their respective fields.

President of the ACPJ, Dr Karen Phillips, expressed gratitude to the awardees:

“We appreciate your contribution and your drive to continuously improve your respective fields,” she said.

The Association of Consultant Physicians of Jamaica, since its inception in 1972, has sought to advance medical knowledge among physicians at the local level as well as mould and inspire young minds entering the profession, a release noted. Each year there are a series of educational meetings which are attended by local, regional, and international physicians. After a two-year hiatus, the ACPJ annual symposium was held on Sunday, September 11 at The Jamaica Pegasus hotel under the theme ‘Updates in Medicine’.