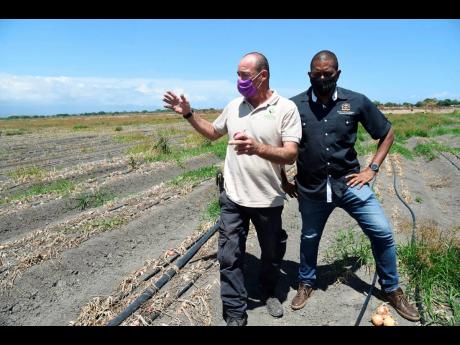 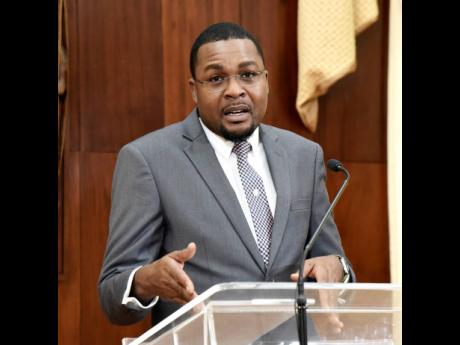 GOVERNMENT HAS reiterated its commitment to ensuring that arable agricultural lands in Innswood, St Catherine, will be used solely for agricultural production.

Speaking at a post-Cabinet press briefing on Wednesday, de facto Information Minister Robert Morgan said the Government’s policy which supports the ‘mother farm’ concept of agriculture remains unchanged, and gave assurance that no construction will take place on arable lands at Innswood in St Catherine.

“That policy decision that was made in 2018/19 has never changed … it has never shifted. There has been no discussion in the Cabinet about changing Innswood, that 3,000-acre property, from agriculture,” he told journalists.

Morgan re-emphasised that this policy has been explicitly outlined in the lease agreement for the Innswood lands.

“The Government, which granted the lease and makes policy, says only farming, [and] the person who has possession of the lease or benefits from the lease says ‘only farming’, and there has been no evidence … of a change in government policy,” he said.

A Gleaner article outlined that nearly 40 per cent of the 3,000 acres of prime farmlands at issue had already been rezoned for housing three years ago, according to documents from the state-owned SCJ Holdings. A previous Financial Gleaner article had suggested that the full leaseholding would be redirected to housing but billionaire mogul Michael Lee-Chin has denied that report.

However, it has emerged that a 2017 St Catherine Development Order, which was confirmed in 2019, had recognised the changed character of the Innswood lands and the need for housing. At least 1,218 acres have been rezoned for housing, The Gleaner understands.

Weeks ago, the Cabinet said that “there are established laws, policies, and procedures to transparently deal with the sale and development of government lands” and that established processes would be strictly followed.

The ‘mother farm’ concept is a branch of agriculture that makes provisions for farmers to be given assistance with sourcing ready markets for their produce, modern agricultural technologies, as well as partnerships with larger, more resourceful companies to ensure the success of their agricultural operations.

The assurance given by Morgan comes in the aftermath of vigorous opposition by agricultural interests to reports of a planned repurposing of prime farmlands at Innswood for the development of housing solutions by investors led by billionaire mogul Michael Lee-Chin.

The Lee-Chin affiliate company, which was not named, had reportedly written to SCJ Holdings expressing an interest to purchase 1,000 acres of land for the construction of low- and middle-income housing units.

The latest episode is a philosophical tug of war between lobbyists keen to preserve arable land for Jamaica’s food security and others who believe the housing boom should stretch to the southern corridor, which carries thousands of commuters from St Catherine into the capital.