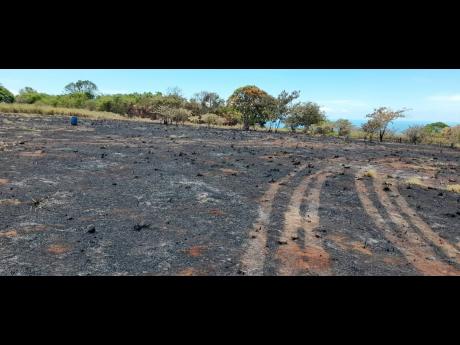 Contributed
A farm in Flagaman, St Elizabeth, that was scorched by bushfire on August 16. 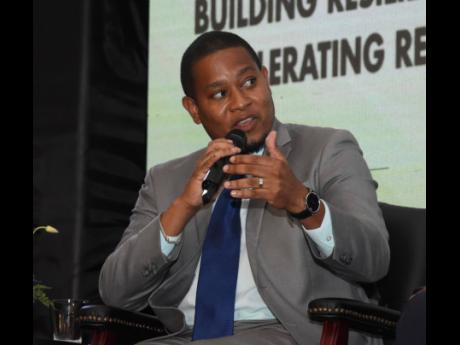 FLOYD GREEN, member of parliament (MP) for St Elizabeth South Western, is urging the Ministry of Agriculture and Fisheries to accelerate the implementation of a modern irrigation system to support farmers in Flagaman and the wider parish of St Elizabeth.

Green made the call yesterday during the handover of relief materials to farmers who were affected by a bushfire that destroyed their crops last month.

“I want to say to the ministry team, to the minister (Pearnel Charles Jr), we have to try to accelerate the pace. We have to speed up the process to get irrigation into this area,” Green pleaded.

‘I know we are far advanced in the planning stage, but I can tell you it is overdue, and our farmers are ready for it,” the former agriculture and fisheries minister said.

He said access to irrigation would increase the output of farmers in the ‘breadbasket’ parish. This, he argued, would in turn boost the country’s agricultural output and food security.

The bushfire last month came on the anniversary of a 2019 fire, which resulted in several farmers in the Flagaman farming community suffering losses amounting to $3.8 million.

The MP expressed appreciation to the agricultural stakeholders that rallied to provide the inputs that were given to the farmers on Thursday. They include H&L Agro Limited, Hi-Pro Ace Supercentre, NewportFersan Jamaica, St Jago Farm and Hardware Suppliers Limited, and Food For The Poor.