Senator calls for 12 months of mourning for shooting victims 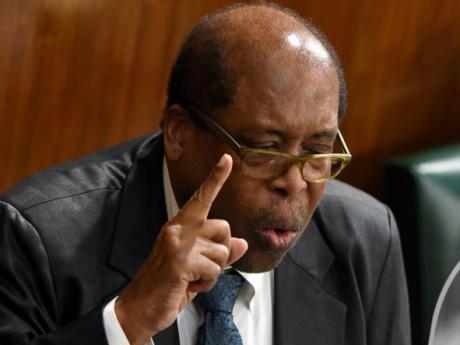 Brown said that it is time to mobilise the nation on a crusade against illegal guns. - File photo

Brown, who was speaking in the Senate, juxtaposed the proposed grief period with the 12 days of mourning declared following the death of Queen Elizabeth II.

His comment comes as the Senate seeks to wrap up debate on the Firearms Act.

Brown said that it is fitting that the first legislation to be passed in King Charles III's name is the Firearms Act, as hundreds of Jamaicans continue to die by the gun.

He said that the Holness administration, through King's House, should make the proclamation for the 12 months of mourning.

Six people were also injured in the St Catherine shooting.

Brown said that it is time to mobilise the nation on a crusade against illegal guns.

“It is not about the mere passing of legislation and hope for an outcome. Legislation by itself doesn't solve our problem. We need to mobilise the nation against illegal guns, top to bottom, left to right,” he said.