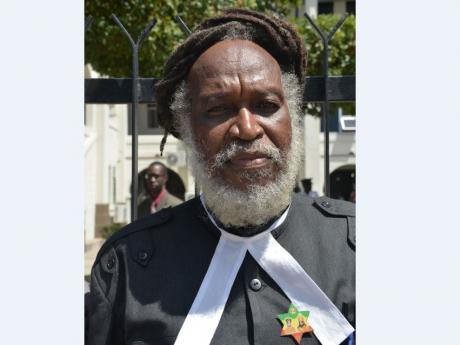 The court ordered that the sum of $750,000 which Lorne paid as a fine after he was convicted must be refunded. - File photo.

The Court of Appeal has overturned the fraudulent conversion conviction of attorney-at-law Michael Lorne in relation to the sale of a property in Eastern Kingston.

There was no fraudulent and dishonest misuse of the proceeds of the sale, the court ruled on Friday.

“I feel vindicated,” Lorne, who has always maintained that he was innocent, said today.

He was represented on appeal by his son attorney-at-law Mikael Lorne.

He was disbarred by the Disciplinary Committee of the General Legal Council (GCL) in June 2017 arising from complaints relating to the allegations for which he was convicted.

But the Court of Appeal set aside the disbarment in March 2021 and ruled that he should instead be suspended from practising for five years.

The suspension ended in June this year.

The GLC is appealing to the United Kingdom-based Privy Council in an effort to have the disbarment restored.

Lorne, a Rastafarian, was retained between 2000 and 2005 to probate a will in which the asset was a house for which Olive Blake and her brother Howard Wilson were the beneficiaries.

Lorne was instructed to sell the property and the proceeds shared equally between the beneficiaries, as stated in the will.

The complainant Olive Blake said the property was sold in 2011 for $6 million but she did not receive her share of the proceeds.

She made a complaint to the GLC in 2012 alleging that Lorne had failed to account for funds he had for her.

In his defence, Lorne had denied the allegation that he fraudulent converted any of the proceeds.

He relied on the statement of account that he had sent to Blake's lawyer, which showed he had made significant expenditures in relation to the probate and the sale of the property.

The Court of Appeal ruled on Friday that it agreed with the parish judge that Lorne was dilatory in accounting to the complainant, as well as paying over the balance of the net proceeds as per the statement of account.

The court found that the prosecution had failed to prove an essential ingredient of the offence of fraudulent conversion, that is, the fraudulent and dishonest misuse of the proceeds realised from the sale of the property by the appellant.

“In addition, there was also a misapprehension of the applicable law by the learned judge of the parish court, resulting in incorrect findings of fact. The verdict, therefore, is against the weight of the evidence, and the appellant's conviction is unsustainable,” the court ruled.

The court ordered that the sum of $750,000 which Lorne paid as a fine after he was convicted must be refunded.