‘I needed to do it for my parish’ 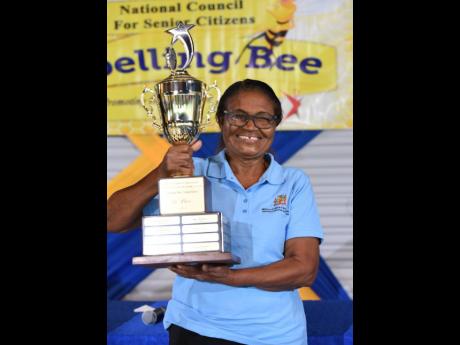 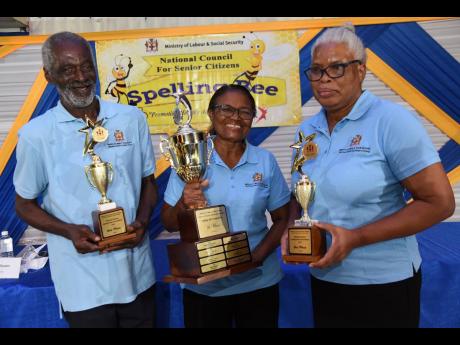 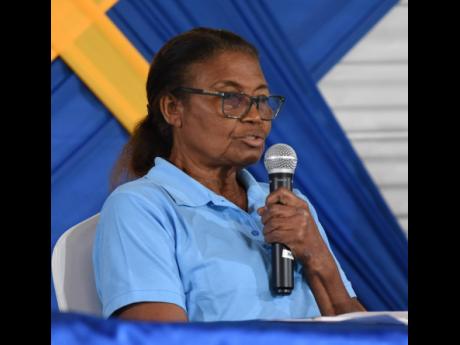 Ian Allen
Olga Williams spelling her way to the top.
1
2
3

Olga Williams is the new national champion of the National Council for Senior Citizens (NCSC) National Seniors Spelling Bee competition, and she couldn’t be happier to bring the title back to the parish of St Mary.

“I needed to do it for my parish,” Williams told The Gleaner, adding that though she was nervous, she had to represent the north-eastern parish.

“Nobody else wanted to do it. It is a bit nerve-racking being in the competition. It is not like a Bible quiz, where you have four members, and you have support. It’s just you alone,” she said.

A resident of the capital Port Maria, the 72-year-old claimed the win after correctly spelling the word D-O-D-E-C-A-H-E-D-R-O-N, which means a solid shape with twelve flat surfaces of equal size with five sides.

Williams, who admitted she did not participate in spelling bees as a child, said when she saw the other participants, she knew it would have been difficult to win. However, having participated in the competition for the fifth time, she was able to calm her nerves and came through for the win. “I was a bit elated, but I was not surprised. I practised hard and did well,” she said.

This is Williams’ second win in the competition, having placed fifth and third twice in her other appearances.

Cassandra Morrison, executive director of the NCSC, said the purpose of the spelling bee programme is to enhance seniors’ cognitive skills and to develop and improve their ability to learn in a competitive environment. She said it creates an opportunity for seniors to be more confident while enhancing their memory in a significant way. “It is a means of showcasing their abilities and talents to the intergeneration and the young at heart in order to inspire and motivate others towards self-actualisation,” Morrison said.

The NCSC head said the spelling bee competition is just one way prevailing myths about seniors are dispelled. “The vision of this programme is to promote active ageing and to help eliminate stigma and discrimination that is geared towards seniors’ that they are old and feeble and they should step aside. Furthermore, it will create an approach for social inclusion and integration and improve their social functioning. Importantly, it is a way to pave a platform for seniors to get exposure and to engage in activities they did not get the opportunity to do while they were young,” Morrison said.

The Spelling Bee Competition is one of the many programmes conducted by the NCSC to enable seniors to maintain their mental acuity. The competition is carried out within each parish, and the parish winner matriculates to the national competition. It was started in 2004 by Beverly Edwards, former parish organiser for St Andrew, who suggested that this activity be included in the NCSC’s programme. The contestants study words from The Gleaner’s Children’s Own Spelling Bee book.

The competition has captured the interest of many seniors and younger people alike as the seniors get the opportunity to showcase their abilities.

“The participants are chosen from the different clubs based on their ability and interest, after which they get the opportunity to compete against each other. The individual with the highest score will represent the parish, and the second-place winner is considered the reserve,” Morrison said.