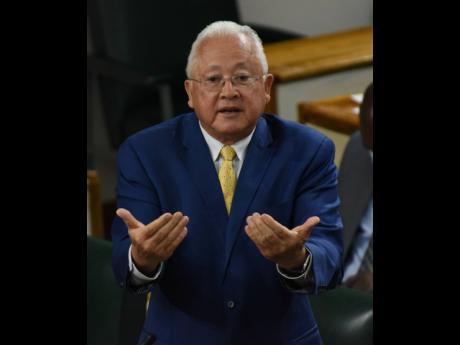 THE NUMBER of justices of the peace (JPs) in the parish of Hanover has increased by 45, bringing the total number in the parish to approximately 180.

The 45 new JPs, 17 males and 28 females, were commissioned into service on Thursday, September 22, at a ceremony held at the Grand Palladium, Lady Hamilton Hotel, at Point.

Addressing the commissioning ceremony, Custos Dr David Stair, while pointing out that he is looking forward to working very closely with the new inductees, argued that they have all joined a group of persons who have volunteered to serve their communities, and have been trained to serve the people of Hanover and Jamaica.

“I am looking forward to working closely with all of you, to uplift the lives of our people, and to continue the tradition of excellence in service set by our predecessors,” he stated.

“Today, you have started a new chapter in life, where the decisions you make are based in law, not on personal feelings, friendships, religious beliefs or family connections, or for monetary rewards. Today, you have all become part of the Jamaican judiciary system,” he stated, adding that their volunteering can only help in making Hanover a better place.

Minister of Justice Delroy Chuck, who delivered the main address at the commissioning ceremony, beseeched the newly commissioned volunteers to strive to become beacons of honesty, civility, decency, humility and integrity.

“May I emphasise that as justices of the peace, you are now in a very important role in which you must ensure that you uphold the dignity of that office,” he advised.

While commending the newly commissioned group for coming forward and volunteering, he asked of them not to let the letters JP, which stand for “Justice of the Peace”, be mistaken for “Just Profiling”.

He argued that dishonesty is not widespread among the present cohort of JPs nationally, emphasising that “it is not widespread, but when one or two persons demean the office, it affects all JPs”.

The justice minister was emphatic that it cannot be allowed for the office of JP to be affected and demeaned in any way.

Turning his attention to the custodes, who select the persons to be appointed as JPs, Chuck asked them to make sure that they choose persons who are of unquestionable character and integrity.

He said that the role of the JP is expanding, and will continue to expand in years to come, emphasising that the roles that the JPs perform come free of cost.

“Once you become a JP, you must be impartial, you must have no political colour, you must be above the run of the mill, you must be someone who can be relied on, so that once you give your word people will know that it is coming from a justice of the peace,” the justice minister implored the new group.