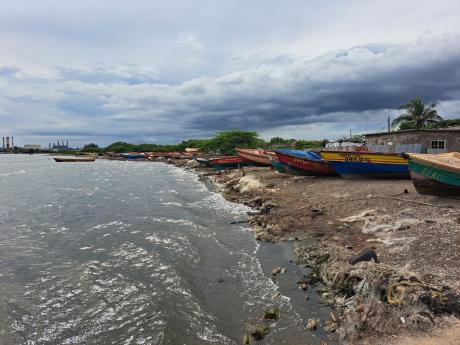 Fisherfolk at Old Harbour Bay in St Catherine are leaving nothing to chance and have ensured that their vessels are secured against any impact from Tropical Storm Ian.

Errol Cameron vividly remembers losing a boat during the passage of Hurricane Dean in 2007 so he is preparing for Ian.

Cameron and his wife were among several fisherfolk who set about securing their boats along the seashore.

“Boi it take me some time to recover, so we really have to help to secure the boats," Cameron said.

"This is a time to be on high alert to ease any problems that should come with Ian or any other such system," he said.

Meanwhile, President of the Old Harbour Bay Fisherfolk Council, Kevin Baker, said that the 67 boats that work between Dagga Bay and Pearl Harbour were secured by a group of fishermen.

"The Old Harbour Bay fisherfolk suffered tremendously during the passage of Dean, Ivan and other such systems, therefore, we are fully prepared," Baker said.

"As a result, we have decided that no fishermen would be going out until we received official update from the meteorological offices," he added.

Meanwhile, it was business as usual at the fishing village with people doing last-minute shopping.

Residents of Sharpers Lane and surrounding areas have expressed hope that the storm veered from Jamaica.

In the meantime, Chairman of the St Catherine Disaster Risk Committee, Roogae Kirlew, said that all shelter managers are in a state of readiness.