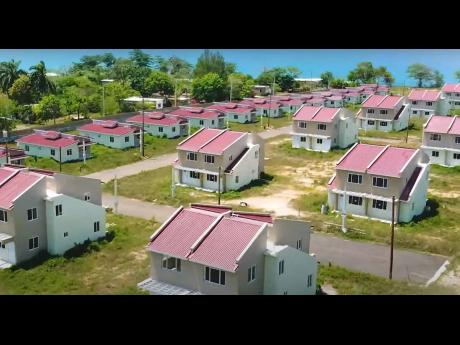 The Supreme Court has quashed the National Environment and Planning Agency’s (NEPA) decision to grant an environmental licence for the construction of a sewage plant at a National Housing Trust (NHT) scheme in Industry Cove, Hanover.

Despite concerns by residents of the area, Prime Minister Andrew Holness broke ground for the 63-unit housing solution in August 2018, which is the first NHT project in the parish for 25 years. The development, known as Industry Cove Manor, consists of 40 two-bedroom town houses and 23 two-bedroom detached units.

The development has now been largely completed, but the sewage system remains outstanding.

But residents of the seaside community had objected to the plans, contending that the location was unsuitable for housing development.

They also expressed concern that the sewage plant could affect the wetlands, beach, seagrass beds, nearshore coral reef and that the outlet for the human waste into the sea is in the proximity of a public beach that served the area for more than a century.

The residents then filed a suit in the Supreme Court against the National Resources Conservation Authority (NRCA), the Town and Country Planning Authority (TCPA), and the NHT.

Attorney-at-law Robert Collie, who represented the Industry Cove residents, argued that NEPA did not conduct a minimum evaluation of the property to discern if it could sustain the housing project without infringing upon the wetlands. He further contended that in the absence of an environmental impact assessment (EIA), no determination could have lawfully been made.

The decision also affected several properties that were designated for the hospitality sector.

But the NHT argued that their approved design provides for the disposal of the tertiary treated waste into three infiltration manholes, placed in series within the curtilage of the property.

However, Justice Kirk Anderson on Friday ruled that the NRCA acted illegally in not requiring the NHT to submit an EIA and quashed the environmental licences to permit the discharge of sewage effluent, to operate a water treatment plant and the permit for subdivision and construction of the unit.

“As things now stand, in respect of the relevant housing development, an EIA will have to be conducted, at the expense of the NHT, using an independent and competent party to carry same,” the judgment stated.

Costs were awarded against the NRCA, but not the TCPA, as Justice Anderson was of the view that the latter should not have been added, but The Sunday Gleaner understands that the claimant’s legal team could appeal the costs order.

The NRCA and TCPA were represented by Faith Hall, director of state proceedings; while Lord Anthony Gifford, Ingrid Clarke Bennett and Renae Robinson appeared on behalf of the NHT.