An escape from crime

New library a fountain of hope in crime-plagued Olympic Way 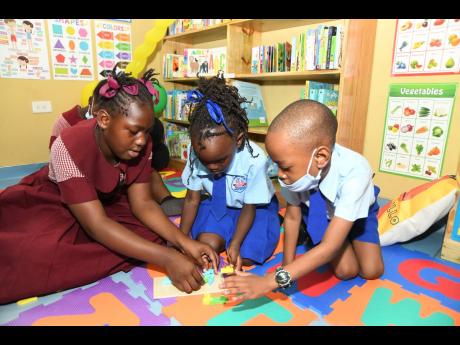 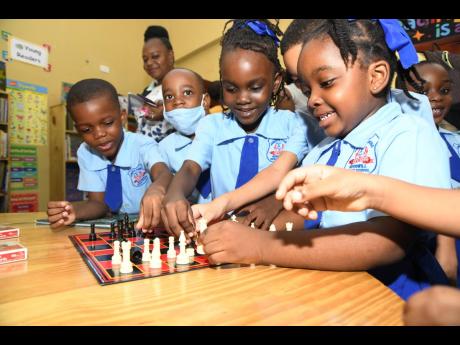 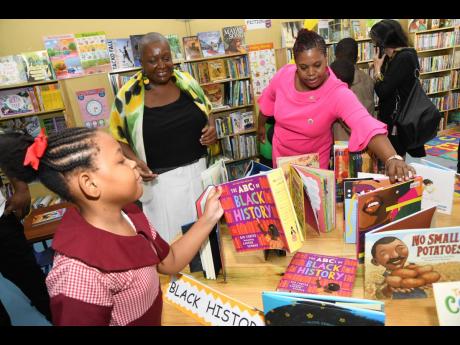 Hope has been sparked for three primary schools in three gang-infested communities, with the opening of a long-awaited library that police and educators are praying will help realise the dreams of children most vulnerable to the crime and violence exploding around them.

It is the sort of investment in the youth that Jamaica is yearning for, they asserted.

“It is all about education. We are trying to get the youth off the streets. It is about getting them into meaningful activities, giving them a different option instead of the gangs,” said Deputy Superintendent Stacy-Ann Powell, welcoming the opening of a Reading Owls International Library at the Jamaica China Goodwill Infant School on Olympic Way in St Andrew on Friday.

The fully outfitted library is the first and only in the area, and is slated to serve hundreds of children from that infant school as well as those from nearby Balcombe Drive and Drews Avenue Primary and Infant schools.

A total of $9 million was spent on the project, which is to be followed by a homework and resource centre in coming months, which Powell, who is in charge of the Olympic and Seaview Gardens stations, said will be assets to the area.

With the potential for young, impressionable children to be quickly turned into gunslingers, the senior cop noted that reading and education gave them an escape.

She pointed out that, anecdotally, the age for most of the gang members in the area range from teenagers into early adulthood.

Last Friday, as the organisers offered messages of hope to students who attended the opening ceremony, gunmen struck in nearby Crescent Road, killing two men and injuring another man who was reportedly taking his son to school. The incident sparked a curfew in the area, and left some residents desperately pledging to flee Jamaica to the United States through the risky Mexico border.

That incident occurred about 9 a.m., and at one point had Powell running in and out of the library launch to direct ground operations on her cellular phone.

That double murder was the fourth since September: Olympic Way and Balcombe Drive accounting for the others, which also left persons nursing gunshot wounds. Police believe the incidents are all linked.

While Powell remained optimistic, it is an uphill task reassuring residents that the police are on top of the situation.

It was not immediately clear how many gangsters have been taken into custody for the recent murders, but Balcombe Drive Primary had to close its doors days after opening for the new school year because of the shootings.

Last month, school administrators bemoaned the depressing stories recounted by infants who openly spoke about their parents’ participation in gang activities and some of the shootings they have witnessed. Teachers said the incidents leave them fearing for theirs and their students’ lives.

“Just as in other divisions, we have challenges. We have our teams that are saturating the areas and we are getting external support,” said Powell. “We are trying to reassure citizens. Policing is dynamic, whether we are pushing for foot patrols or specialised targeted operations, and we work with our different stations to get on top of what is happening.”

Fayne Walker, acting principal of Drews Avenue Primary and Infant School, said coping with the spate of shootings that plague that community has been particularly difficult. Several persons were murdered or shot during the summer school period, she recalled, emphasising the importance of literacy in these areas.

“It’s been rough. We have had quite a few fatalities and we have been hearing gunfire. When we were there for summer school in July, it started, and it has continued since. It has affected our students and we have put our psycho-education programme in place,” she explained.

“Our guidance counsellor is kept busy. We have a few ongoing grief counselling sessions with groups, while some of our students need individual sessions. We also have to be out tracking some of the students who have not returned,” she said, adding that there has been a noticeable breakdown of parental support for students since the reopening of school.

“There has been a lack of participation from students,;they just don’t see education as the way to go. It manifests in students’ attendance, their lack of tools and so on. There is just a general lack of interest,” she explained.

Principal of Jamaica China Goodwill Infant, Suelyn Ward-Brown, made the first contact with Reading Owl International with the library idea. Her hope is to one day lift the literacy level not only in the school but throughout the community.

“I would have wanted more of the students to come on board, but we have to work out the dynamics of how we allow the public to come in. The Government is not giving us a librarian, so we are thinking of training one of the parents,” she reasoned.

“We are right in the crime zone. Even yesterday, there was an incident up the road from us,” said Ward-Brown. “The students, more than the parents, sometimes don’t even realise until it hits home.”

“I have had students who have witnessed the murder of a parent. One student’s father was killed and that has caused the child to be obviously devastated and depressed,” she continued, adding that without a guidance counsellor, that role is hers.

“With the library, there is a safe space for them. Books calm our pain, give those children a sense of hope to see they don’t have to join gangs or participate in negativity.”

Ward-Brown added: “We (Olympic Way) have great athletes and musicians, but sometimes the system allows us to blend in instead of daring to dream of bigger things.”

Elaine Dickson from Reading Owls International said emphasis was placed on selecting books in which children can see themselves, including literature about local and international athletes, children of colour and persons who have risen to riches from childhood poverty.