Freedom of religion and the rights of locked inmates 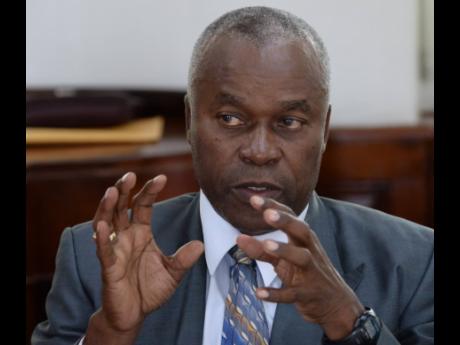 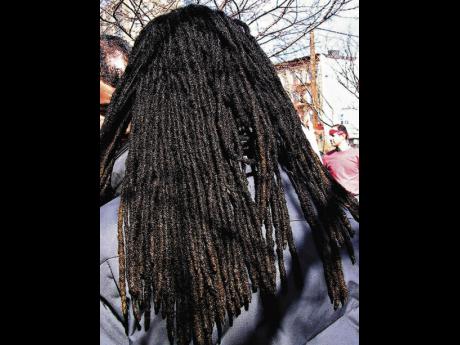 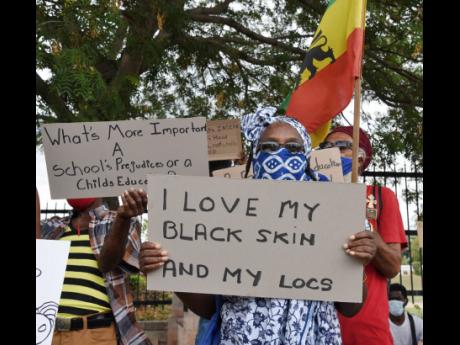 File
Rastafarians demonstrate in front of the Ministry of Education headquarters at National Heroes Circle, Kingston, to protest discrimination against the wearing of locked hair in schools. The protest was sparked by the July 31 Supreme Court ruling involving a then-five-year-old girl seeking to attend Kensington Primary School.
1
2
3

In April 2011, our parliament, having examined the original fundamental rights and freedoms contained in our Constitution, passed the new Charter of Fundamental Rights and Freedoms. We had experienced before then, 49 years of the constitutional rights in the old Chapter Three of that supreme law. The approach and rationale leading to this new 2011 Charter of Rights is recited in the preamble to the Charter as follows; -

“Whereas a Constitutional Commission established by Parliament recommended, after wide public consultation and due deliberation, that Chapter III of the Constitution of Jamaica should be replaced by a new Chapter which provides more comprehensive and effective protection for the fundamental rights and freedoms of all persons in Jamaica.”

The Charter took the opportunity to strengthen existing rights and created new ones, reflecting a maturity in our outlook on citizens’ rights and freedoms.

Among these newly established rights was that given to those whose liberty has been taken away. This group includes persons serving a term of imprisonment as well as those otherwise detained by the State.

At Section 14 (5), the Charter confers on those deprived of their liberty the right to be “ treated humanely and with respect for the inherent dignity of the person”.

The buildup to the attainment of detainees’ rights is deliberate.

Persons imprisoned were often seen as the wretched of the Earth, not deserving of rights peculiar to them.

But, if we know the treatment of prisoners in the past, we would understand the need for a revised approach to how they should be treated. Firstly, inmates were referred to as “bodies”. The document accompanying a person sentenced by the court, on their arrival at prison, reads “admit the body of ....”. This is the commencement of the dehumanizing of any individual who is expected to return to their respective communities a reformed person at the completion of his term of imprisonment. And here is another alarming fact. On arrival at the institution, up until the year 2003, if he or she wore locks it was immediately shorn.

This horrendous practice was aimed at Rastafarians in particular. Let us recall that in the “old dark days” with the mere possession of a spliff of ganja, the judge had no choice, but to follow the law and send you off to prison. Ganja, up until 1972, carried, irrespective of the amount you were found with, a mandatory term of six months imprisonment at hard labour.

In the face of the old Chapter 3 how did the State carry out this cruel treatment of Rastafarians by forcibly removing their locks?

I note that Section 21(1) of the old Constitution provided for the “enjoyment of ... freedom of conscience”, which includes “freedom ... of religion”. I am of the view that Rastafarianism was never seen by the State and many others as a “religion”.

This unconstitutional and discriminatory treatment of an Afrocentric religious teaching is born out of anti-black class prejudice fostered by a Eurocentric mindset. After all, the classic Christian teachings among African people is that Jesus is Caucasian and any belief which teaches otherwise is not worthy of the classification of “religion”.

It is this same miseducation which permeates the society and which informed the thinking of the headmistress of Kensington Primary in 2020, who excluded a dreadlocked child from a publicly funded education because she believed locks were inherently dirty and prone to foster “lice and fungi infestation”.

So, a cop in the ‘50s and ‘60s, who was anti-Rasta, would make up a case of possession of a ganja cigar against a man who grew his locks for decades, and take the accused Rasta before the court. Upon conviction, he would be immediately trimmed, and six months later he would return to his community humiliated as a “bald head” man.

I am proud that I had the honour, in 2003 (eight years prior to the passage of the new Charter) of making a successful constitutional challenge to the trimming of Rastafarians. This awful practice finally ended 19 years ago. I am of the view that all victims of penal institutional trimmings should be paid reparations in keeping with our commitment to the ideal of reparatory justice. We must adhere to the principle expressed by Thomas Jefferson that “the measure of society is how it treats the weakest members”.