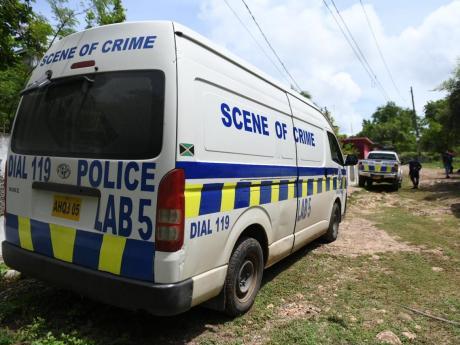 They were taken to hospital where Gayle was pronounced dead and his grandfather admitted in stable condition. -File photo.

A 19-year-old man was shot and killed and his 84-year-old grandfather was shot and injured after armed men invaded their home in Whithorne, Westmoreland on Saturday night.

The deceased has been identified as construction worker Delano Gayle, otherwise called 'Spider'.

The Whithorne police report that about 11:55, Gayle, his grandfather and other family members were at home when they heard banging on the door to the premises.

Minutes later, two heavily armed men reportedly kicked in the door and open fire at Gayle, who ran into his grandfather's room.

The gunmen then reportedly sprayed the house with bullets before leaving the area on foot.

The police were summoned and upon arrival it was discovered that Gayle was shot multiple times and his grandfather was shot in the leg.

They were taken to hospital where Gayle was pronounced dead and his grandfather admitted in stable condition.