In the year that Queen Elizabeth II died ... 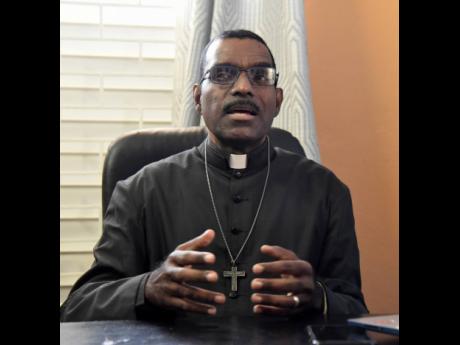 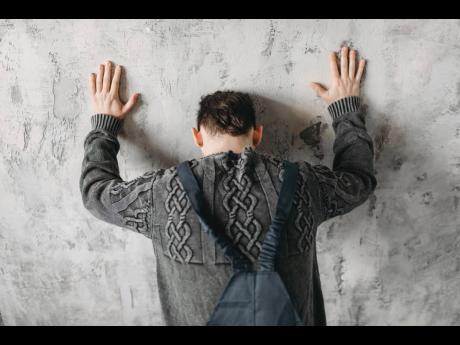 In the year that Queen Elizabeth II died, I saw the Lord; and 12 days of mourning filled the land.Different words came to me. And the Lord was lifted high.

On the first day of mourning, the word of the Lord came to me, “ Weep not for me, but for your children.” And Jesus told me to mourn for Jamaica’s abused children, missing children, trafficked children, unwanted children, and murdered children.

On the second day of mourning, the word of the Lord came to me through the prophet Amos, “ There are those who hate the one who upholds justice in court and detest the one who tells the truth.” Yes, in Amos chapter 5, the word went on to declare, “I hate, I despise your religious festivals; your assemblies are a stench to me. Even though you bring me burnt offerings and grain offerings, I will not accept them. Though you bring choice fellowship offerings, I will have no regard for them. Away with the noise of your songs! I will not listen to the music of your harps. But let justice roll on like a river, righteousness like a never-failing stream!”

On the third day of mourning, the word of the Lord came to me saying, “Let my people go.” And then I heard from Exodus 5:1, “ Afterward Moses and Aaron went to Pharaoh and said, “This is what the Lord, the God of Israel, says: ‘Let my people go, so that they may hold a festival to me in the wilderness.’” Then suddenly I started to sing the old spiritual, “When Israel was in Egypt’s land …Tell ole Pharaoh, to let my people go.”

On the fourth day of mourning, the word of the Lord came through Mary, saying, “ God has cast down the mighty from their thrones, and has lifted up the lowly.” And then it dawned on me that Mary is indeed a prophet. She also speaks about politics and celebrates the power of God over the high and mighty. She went on to state, “ God fills the hungry with good things and sends the rich away empty!” It was something else to just ponder her word for all the ages.

On the fifth day of mourning, the prophet Isaiah, in 41:10, (King James Version), “ Fear thou not; for I am with thee: be not dismayed; for I am thy God: I will strengthen thee; yea, I will help thee; yea, I will uphold thee with the right hand of my righteousness.” Hmm …. What a word! In the year that Queen Elizabeth II died, a pertinent word to Jamaica came from the prophet of old. God will uphold us with righteousness, even as we seek to become a republic and do constitutional reform and remember, in the words of our Prime Minister Andrew Holness, “We are moving on.” And then I started to hum that old hymn, “Be not dismayed what’eer betide, God will take care of you … .”

On the sixth day of mourning, Prophet Jeremiah (22:3) said to me, “ Thus says the Lord: “Do justice and righteousness and deliver from the hand of the oppressor him who has been robbed. And do no wrong or violence to the resident alien, the fatherless, and the widow, nor shed innocent blood in this place.” What a reminder it was for me that there is never a wrong time to do justice. No one is exempt from an entitlement to justice!

On the seventh day of mourning, a wise one said in Proverbs 18:5 “It is not good to be partial to the wicked or to deprive the righteous of justice.” It made me do a lot of thinking about Jamaica. It made me think about history and power and politics and how those in places of power and influence must always speak and act for justice. And I continued to mourn.

On the eighth day of mourning, someone posted Romans 13:1, “ Let every person be subject to the governing authorities. For there is no authority except from God, and those that exist have been instituted by God.” And I noted that this is not an excuse for us to be subjected as subjects to someone who was set up over us without our having any say in the matter! I further observed that Moses did not tell the enslaved Israelites such a thing. Instead, he went in the strength of God and told Pharoah, “Let my people go.” Freedom is never easily relinquished by the privileged and powerful.

On the 9th day of mourning, a wise one from Proverbs 29:2 gave the word, “ When the righteous increase, the people rejoice, but when the wicked rule, the people groan.” And I groaned and I mourned.

On the 12th day of mourning, Psalm 37:1 came to me saying, “ Fret not thyself because of evildoers, neither be thou envious against the workers of iniquity.” And suddenly the prophet Bob Marley reminded me also, “Get up, stand up, stand up for your rights. Get up, stand up, don’t give up the fight.”

We still mourn the many lives lost in the genocide and holocaust of slavery. We still mourn the many families torn apart on the auction blocks of slavery. We still mourn the millions who died to starvation, malaria, and abject poverty during the Bengal famine, while their fathers went to serve in World War II. And we mourn. We mourn. We will have many more days of mourning too. We live with the daily attendant consequences of the crimes committed against humanity. May inspiration from the prophets guide our quest for reparatory justice and the making of the Jamaican republic.

- Fr. Sean Major-Campbell is an Anglican priest and advocate for human rights. Send feedback to columns@gleanerjm.com and seanmajorcampbell@yahoo.com