Solomon Thomas seeks to be a change-maker 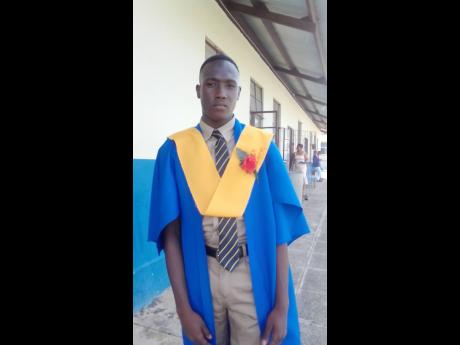 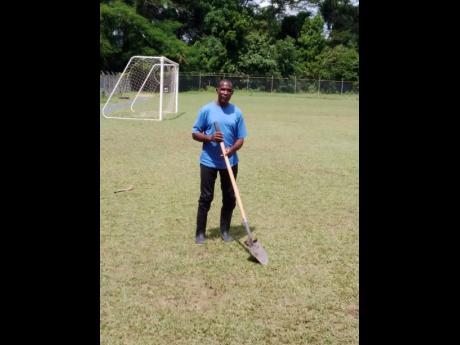 Contributed
Ian Thomas, an ancillary worker at Clarendon College, is proud of his son Solomon, who passed nine CSEC subjects.
1
2

Ian Thomas, an ancillary worker at Clarendon College and father of four children is today rejoicing that his son, Solomon, who attends the school where he is employed, passed nine subjects in the Caribbean Education Secondary Certificate (CSEC) and is now making preparations for sixth form.

Thomas who lives in Sangster’s Heights said it has been a challenge on his low wages to meet the needs of his children two of whom attend Thompson Town High School with the youngest a student at Chapelton Primary.

“It is not a lot of pay (wages) but God works on my side. The family is on PATH, (Programme of Advancement Through Health and Education), but they still miss out on a lot,” he shared with The Gleaner.

Commenting on Solomon’s success the proud father said he feels overwhelmed as he knows first-hand the home situation and how they have to survive on the little they have there.

“We have to stretch it, so I feel good at the results he got, because he worked very hard,” Thomas notes.

His son who was less emotional, reminiscing on the journey to his acquiring four ones – all in the sciences, five twos and a grade three said it meant his having to “work on his mental health” which saw his whole world being shaken up when his parents separated and leaving his father with his three siblings and himself.

“It shook me up, but my father always tell me to put my all in everything I am doing,” he informed.

Pointing out that there were some subjects that were more challenging for him and there were times he felt overwhelmed, but there was always one way to settle his mind and ensure more positive thoughts.

“So, I started like going on YouTube watching motivational videos about people who had similar challenges like me and went through similar things and who are successful right now. While watching those things, I realised that if those people can do it, I can do it too,” Solomon shared.

Solomon said he had to do one thing first, he spent less time with friends as he needed total focus where his school work was concerned, and besides he said he didn’t need the distraction.

Being a PATH student at school, Solomon said he felt “a way” as he was counted in the group of students that could afford ‘certain things’ and that was very hard. But he made up his mind that he was going to use it as a motivation to go after his dream which is to become an aeronautical engineer.

He already has his career path mapped out as he said he plans on spending 10-20 years before having his own airline business where he can create an academy in Jamaica.

“I realise that I don’t hear about a lot of aeronautical engineers ... I would create an academy in Jamaica so that people like me who face similar challenges can come and learn and have it more accessible for them,” he said about his long-term goal.

Solomon, in reaching out to those who did not get their desired results, is encouraging them to shut out the negative noise and believe in themselves.