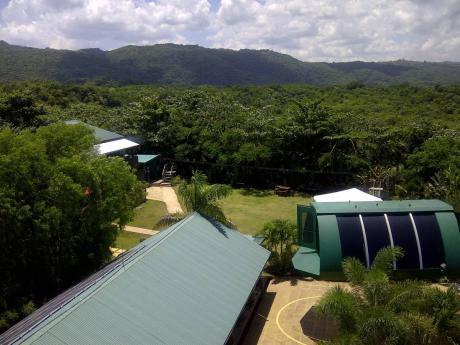 The Supreme Court has blocked the sale of the assets in the bankrupt Mystic Mountain Limited, operators of a major tourism attraction in Ocho Rios, St Ann.

The order was granted on September 14, following an urgent notice of application filed by Karibukai Limited, the owner and operator of Mystic Mountain Limited.

The application was made against bondholder, Sky-High Holdings Limited, Mystic Mountain Limited and Wilfred Baghaloo, the attraction's receiver-manager.

The restraining order blocks Sky-High Holdings and Mystic Mountain from selling any assets at least until October 14, when a court hearing is scheduled with all the parties.

Justice Cresencia Brown Beckford barred Sky-High Holdings Limited, Mystic Mountain and Baghaloo "from making or entering any agreement for any legal or equitable transfer by way of sale, gift, exchange, grant, assignment, surrender, release or other disposal of any of the assets of the 2nd respondent *Mystic Mountain) without prior permission of this Honourable Court.”

The claimant, Karibukai Limited, is registered in St Lucia. It has been in a legal battle since January last year over an alleged $1.1 billion dollars owed to bondholders and pension funds.

It has stated in court documents that there exists serious issues to be tried as a result of serious concerns regarding whether the receivership has been conducted in good faith and with commercial reasonableness.

Karibukai owns 100 per cent of Mystic Mountain Limited, which is in turn majority owned by Rainforest Adventure Holdings Limited.

Earlier this month, Baghaloo, of accounting and tax advisory firm PricewaterhouseCoopers, said final negotiations were advanced for the sale of Mystic Mountain, the main asset of the bankrupt Mystic Mountain Limited.

The financial troubles for Mystic Mountain Limited started in 2020 when the attraction was forced to close because of the COVID-19 pandemic, Rafael Preschel, a director of Karibukai, told the court in his affidavit.

He said about September 2018, Mystic Mountain entered into a bond agreement for the value of $1.1 billion to fund the expansion of Mystic Mountain. The bond was fixed for seven years in Jamaican currency.

But he explained that by March 2020, Mystic Mountain's operations were "severely compromised" by the pandemic mainly due do to border closures which tourist inflows. He said 90 per cent of the expansion was completed by then "but its budget was fully exhausted" and Mystic Mountain "relied on its operating cash flow to continue the expansion".

Preschel said discussions started in April 2020 for the restructuring of the bond to prevent Mystic Mountain from defaulting on its obligations.

An agreement was reached "in principle" around July 2020 but the signing was hit with multiple delays.

By December 2020, Preschel said he received a notice from the Jamaica Central Securities Depository Limited that "the restructured bond agreements were not executed but instead some of the bondholders entered into Bond Purchase Agreements with the first Respondent (Sky-High Holdings Limited) (then called Mystic Mountain Rescue Group)".