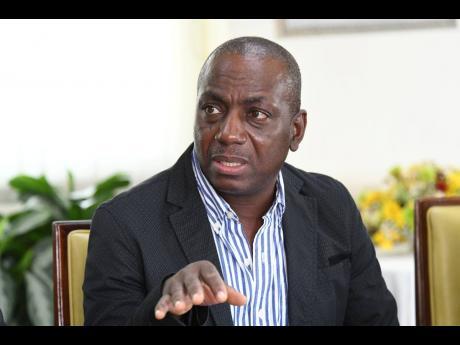 The NSWMA will be acquiring another 50 garbage compactors next year. - File photo

Executive Director of the National Solid Waste Management Authority (NSWMA), Audley Gordon, says the first batch of 50 garbage trucks should be arriving on the island in the next five weeks.

“The moment we get them off the wharf they will be in your communities,” Gordon told members of the Public Accounts Committee on Tuesday.

The NSWMA will be acquiring another 50 garbage compactors next year.

With a flood of complaints from residents across the country about the poor garbage collection in their communities, Gordon said that he was embarrassed at the service that the NSWMA is providing at this time.

He said that until the agency gets the new trucks it will continue to face serious challenges.

The solid waste management boss told committee members that his agency was on a drive to encourage Jamaicans to carry out composting to recycle organic compounds in food waste and vegetation.

He said if residents of rural areas cooperate with the NSWMA and go the route of composting and separating plastics from their garbage, it would be a huge benefit for the agency.

“We would cut in half the garbage problem that rural citizens have,” he added.

Meanwhile, Gordon is of the view that a high percentage of Jamaicans see nothing wrong with littering, adding that stiffer penalties are needed to address that problem.

He indicated that it was difficult to get some Jamaicans to stop discarding garbage in gullies.

However, committee member Morais Guy said he was offended by a comment made by Gordon that no amount of garbage trucks would prevent some people from dumping garbage in gullies.

But Gordon said he was unrepentant about that assertion because it was true.

At the same time, the Permanent Secretary in the Ministry of Local Government and Rural Development Marsha Henry Martin told the committee that an enterprise team was looking at the organisational structure of the NSWMA.

She said that part of the work of the enterprise team was to consider the separation of the regulatory and operational functions of the agency.