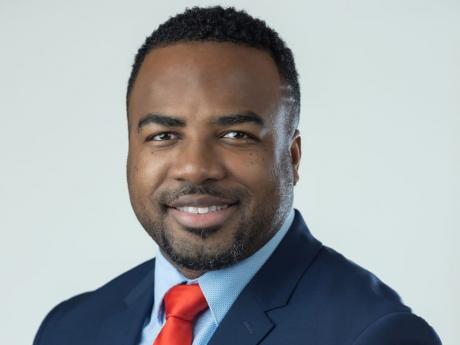 He told JIS News that, going forward, the agency has taken the decision to increase its buffer stock. - JIS photo

The Registrar General's Department (RGD) has resumed the printing of free birth certificates, following the replenishment of its security paper stock.

A week ago, the agency had to suspend the printing of the first free birth certificate and limited the maximum number of copies for which persons could apply and pay.

This was due to supply chain challenges sparked by the COVID-19 pandemic, which affected the production and shipment of the security paper used to print the certificates.

The suspension, which was supposed to end on September 30, was shortened when the agency received its new shipment of paper on Tuesday, September 26.

The RGD's Chief Executive Officer (CEO), Charlton McFarlane, told JIS News that “we have replenished our stock of security paper, and starting today we will be resuming our standard service levels for customers”.

“Up to the time of arrival of the paper on Tuesday, we had paper left in our vaults. We would have made projections for two weeks and the paper we had would have lasted for the suspension period,” McFarlane said.

“The only real inconvenience was that they were not able to get the number of copies they needed at the time of application,” he added.

McFarlane pointed out that while there were customers who were disappointed during the suspension period, the RGD was still able to print and issue birth certificates with the paper that was in stock.

The CEO said that the RGD's staff members were patient in explaining the challenges to its customers, adding that “we would have put things in place to ensure that they don't end up spending more when they come back to apply for additional copies once it was linked to their original application during the week that the suspension was in effect”.

McFarlane pointed out that if a customer applied for two copies of a birth certificate during the suspension period, which would cost $4,000, for example, and was only allowed to pay for one copy at a cost of $2,500, they could visit the RGD and pay the additional $1,500 to get the second copy.

He told JIS News that, going forward, the agency has taken the decision to increase its buffer stock.

“We normally order [stock] on a yearly basis when we do the standard contract and we order an amount that is a function of what we expect our demand to be, plus a buffer for overflow. Now we are adding more to our buffer stock,” the CEO said.