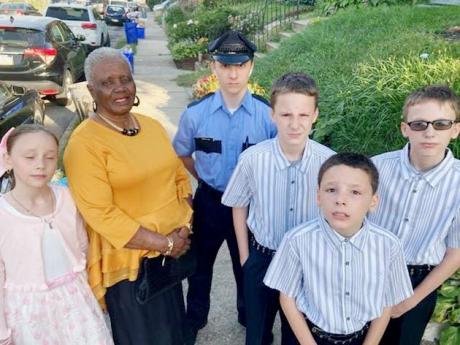 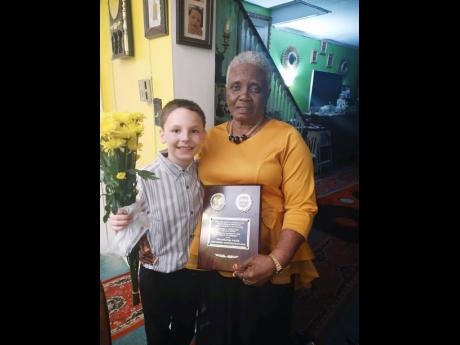 Contributed
Angela Christian with one of her sons.
1
2

If Angela Christian could have one wish granted, it would be to have enough money to buy two houses to foster more children.

Fifteen years ago, she opened her home to a four-year-old boy, who was placed in state care because his parents were drug addicts. Within six months, her desire to keep his family together led her to foster his four other siblings, including a three-year-old girl.

The bond of family has always been important to the 68-year-old retiree. When she moved to Philadelphia, USA, from her home in Spanish Town, St Catherine, 33 years ago with her husband and three young children, it was because she wanted to create a better life for her family.

“The experience was rough,” she said. “I didn’t understand nothing here and I was kinda little scared about the cold, what I gonna do, how I gonna speak. That was bothering me at the time,” she recalls.

Her husband soon got a job working as a chef in a school cafeteria, while she got a job as a teacher’s aide through connections in her church community. After working for some time as a teacher’s aide she was promoted to teacher, and spent eight years teaching four-year-olds in pre-kindergarten.

She and her husband then decided to open a Jamaican restaurant, but that business closed down in 2004 after her husband got a stroke.

By this time, Christian’s children had grown up and moved out. And after years of having a full house, it was lonesome. It was her daughter who then encouraged her to open her home and heart to children in need of love.

In 2006, she took the first step and reached out to a foster care agency.

“They said to me, ‘Before we go any further it’s gonna be a white likkle boy’. I seh, ‘Alright, bring him come.’” She told The Gleaner she had no reservations about fostering white children.

“Every time I go on the street and they say, ‘Grandma, grandma!’ people look at me because they want to know the cause, why they calling me grandma, and if it’s my real birth grandkids,” she said.

She was 52 years old at the time and taking care of five children, all under 10 years old. But she said she was able to navigate this with the support of family and friends, and by learning to work more efficiently.

In addition to that, she said one child was really “sickly” and suffered from frequent seizures, as well as hearing and sight issues.

But as she took care of them, her affection for them grew; and it was mutual.

“When I used to be home (Jamaica), my mom used to beat our butts. But you can’t beat these kids, because when you look at them, tears coming from yuh eye. When you think of where they [are] coming from and what happen to them in their life story, it’s hard,” she said.

In 2017, she decided to adopt them instead of allowing them to return to the foster care system.The oldest child is now 15 years old and a Christian. She said he has ambitions of becoming a police officer. She also boasts that all the children are honour roll students.

“Anybody know how far I go with these kids, because I break these kids not to be stealing. They are coming from afar and I take them in, that’s where they grow,” she said.

She shared that the children’s biological father is imprisoned, but their mother is trying to change her life, and she allows the children to see her sometime.

And as she reflects on her journey with them, the good-natured Christian is praying that she will get one wish.

“I wish I could live to see everybody grow big. I wish they just hold their head up high and be good men and woman. I wish they come out to something ...” she said.