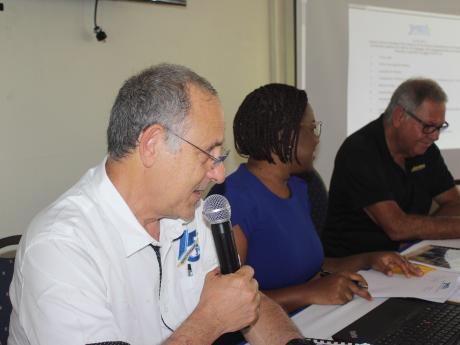 This would be Mahfood's second year in the post.

Mahfood is an experienced business leader, with a wealth of knowledge on local and international retail and trade, mergers, and expansions. He is also an active philanthropist, social commentator and passionate advocate on many issues that affect the productive sector and beyond.

In his acceptance speech at the association's annual general meeting, held at the Liguanea Club, Mahfood reiterated his views on the manufacturing sector and the need to increase export, particularly into the CARICOM market.

He also spoke about the continued labour challenges being experienced within the sector and urged employers to review wages and incentives to attract and retain quality workers.

He also highlighted recent development stemming from the Supreme Court ruling in the Marksman Limited vs NHT case, which has implications for expenditure related to contracted guards. He foreshadows that this ruling can set the precedent for other contracted class of workers in other sectors, which will likely drive up the cost of production.

In addition to the five directors, the following candidates retained their positions, now forming JMEA's Board of Directors for 2022-2023: