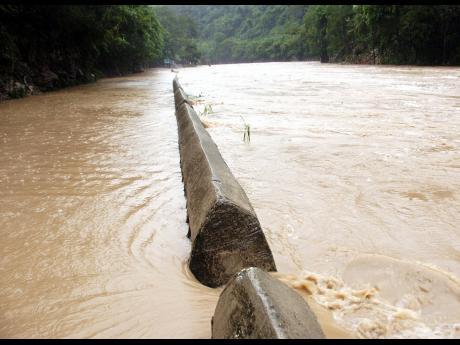 The National Works Agency has advised that the Bog Walk Gorge and Flat Bridge in St Catherine are flooded as a result of heavy rain.

The agency says it's unable to close the gates to the Gorge because of damage done to the hinges recently.

It is warning persons not to enter the area.

The transport operator who breached the lock on one of three safety floodgates has since expressed regret for his action, claiming that he felt compelled to reach home to attend to his four-month-old and four-year-old children who were ill.

The episode has spurred calls from residents for the gates to be moved closer to Flat Bridge or that they be granted access to go home.