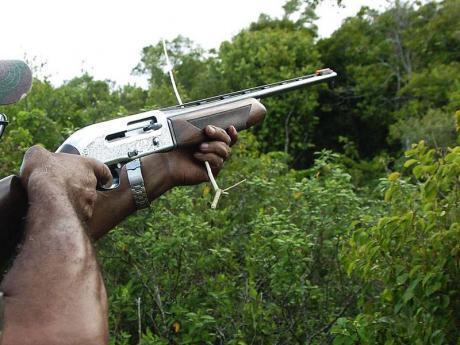 Hunting is prohibited within game reserves/sanctuaries, forest reserves, the Blue and John Crow Mountains National Park, and within 50 metres of their boundaries.- File photo

Two hunters have been fined $220,000 in total after pleading guilty to hunting in a reserve in August in breach of the Wild Life Protection law.

Ron Williams and Andrew Taylor were charged and prosecuted by the Natural Resources Conservation Authority/National Environment and Planning Agency (NEPA).

They admitted to the offences during an appearance in the St Catherine Parish Court on Tuesday.

NEPA says the men were arrested during an operation involving its officials, and members of the Jamaica Constabulary Force on August 27.

The team came across the two hunters leaving the Portmore and Greater Portmore Game Reserve in St Catherine with their weapons, with game birds, a NEPA statement said. Both men were issued warning notices and later charged with breaches of Wild Life Protection Act, 1945.

The case was prosecuted by NEPA's Legal Officer Stewart Panton, who got permission from the Director of Public Prosecutions.

"We continue to ensure that all participants in the annual hunting season are held accountable where breaches occur. This secures the long-term survival of our protected species," he said after the case ended.

Hunting is prohibited within game reserves/sanctuaries, forest reserves, the Blue and John Crow Mountains National Park, and within 50 metres of their boundaries.