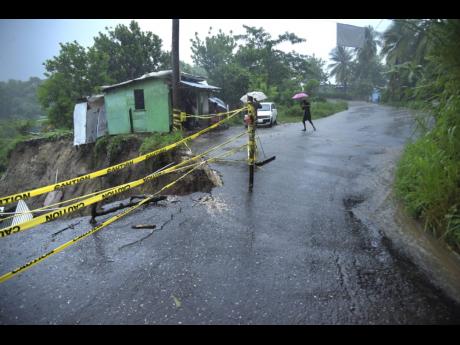 Section of the Suttons Square in northern Clarendon. -File photo

The Labour and Social Security Ministry, in collaboration with the Red Cross and other humanitarian partners, says it has been providing food parcels, hygiene kits, tarpaulins and mattresses to flood victims in St Catherine, Clarendon, Portland, St Elizabeth and St Ann.

Those parishes were most affected by flooding due to torrential rainfall associated with the passage of Hurricane Ian, from September 24 to 26.

The ministry's Disaster, Rehabilitation and Welfare Management Unit, has confirmed that homes in at least 5 major communities in St Catherine and eight in Clarendon have been severely impacted, and have suffered varying degrees of loss to property and household items.

One Shelter was activated in Clarendon, with 10 individuals, who were provided with hygiene kits. The shelter remains open, but the occupants have returned home, the ministry said in a statement released Friday morning.

The parishes of St. Elizabeth, St. Ann and Portland have also been impacted, however, the degree of damage and dislocation suffered is relatively less, it said.

In St. Elizabeth, one family whose house was destroyed by a fallen tree, has been provided with relief supplies.

In Portland, two houses were damaged by fallen trees, one partially, and the other completely.

The ministry says it is in dialogue with charity Food for the Poor to collaborate on assisting the families.

And it says efforts to support a St Ann family whose house has been partially damaged are being hampered as the road is impassable due to fallen trees.

Labour and Social Security Minister Karl Samuda has sought to affected residents that the government will "do everything possible to help them overcome the impact of this difficult time”.