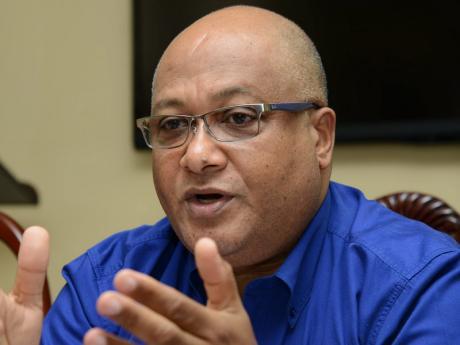 Reese added that “the ongoing viability of the private security sector would be at risk without this intervention.” - File photo

Contending that they have been hit with an almost 50 per cent increase in costs arising from a recent court ruling, Jamaica's security companies are seeking a moratorium on payment of statutory contributions for their workers, until an equitable framework has been finalised.

The companies also want immediate enactment of legislation to change the work week from 40 to 60 hours by way of an amendment to the Minimum Wage Act.

In addition, they are calling for the Government to sign off on a 49.6 per cent rate increase for all Government security contracts, effective September 23.

The Supreme Court in a landmark ruling, handed down on September 22, in a case brought by the National Housing Trust against Marksman Limited said the security company should start paying its share of the housing contribution for workers.

The company had only been paying over the three per cent that it collected from the workers.

The NHT had taken the company to court seeking a declaration that the guards were employees and to recover approximately $478 million in outstanding contributions for the period 2000-2016.

The NHT was also seeking penalties, surcharge and interest, but the judge threw out the request for payment, saying that it would be unfair to now ask the company to pay over that amount when the Trust had, essentially, given the companies the impression that what they were doing was acceptable.

Speaking at a press conference Friday morning at Courtleigh Hotel in New Kingston, Director at the Jamaica Society for Industrial Security (JSIS), Major Richard Reese, explained that in the wake of the recent ruling that security guards are employees and not contract workers the companies have been hit with a 49.56 per cent increase in their operational costs.

Additionally, he said the ruling impacts the operations of private security companies which had engaged security offers as independent contractors.

Reese shared several recommendations, some of which he said predate the court decision and are still relevant “if the significant financial impact on officers and clients is to be averted.”

In addition to the moratorium and extension of the work week, the JSIS also wants consideration of a proposal to establish the category of dependent contractor, which provides for a hybrid arrangement that includes benefits, and for the enactment of legislation to provide for a single regulatory body for the private security industry to be expedited.

“These recommendations would reduce the impacts on clients as it relates to increased rates and provide benefits for the security officers and ensure business continuity of the private security providers.

“Failure by the Government to intervene, albeit after the fact, will result in an increase in unregulated operators and reduction in security services due to the inability of some clients to contract this critical service,” the JSIS director stressed.

Reese added that “the ongoing viability of the private security sector would be at risk without this intervention.”