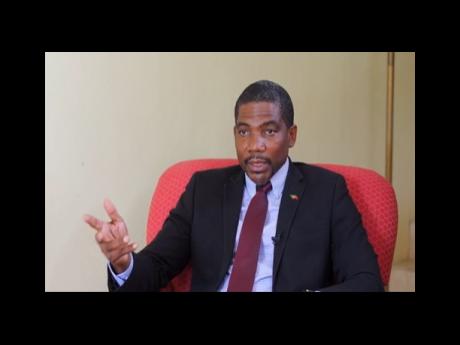 BASSETERRE, St Kitts (CMC) – The St Kitts-Nevis government says it is taking the steps required to create a sustainable medicinal cannabis industry as the twin island Federation moves to reduce its dependency on the Citizenship by Investment (CBI) programme.

Prime Minister Dr. Terrance Drew, whose administration came to office following the general elections in August, told the St Kitts-Nevis Information Service  that there is much work to be done because as it stands now, the Federation is well behind Caribbean countries on the matter of establishing a cannabis industry.

“Antigua is ahead, St Vincent is ahead, Jamaica is ahead, and we know that people travel to these countries because they would have an industry that is well-controlled, well-monitored and so forth that allows for the use of marijuana. And so, we will be on that path, and we will see a lot of action in that area within the first year,” Prime Minister Drew said.

“We have a Marijuana Commission in place and that Commission would start functioning in earnest to get us there. We will then move to expunge the records of those who have criminal records for possession of marijuana. We think that that should not be used as a means to limit people's advancement in their own lives and so we will put the necessary legislation in place to get us there.”

He said that his new administration will ensure that it is the citizens and residents of St Kitts and Nevis who shall benefit first and foremost from the establishment of the cannabis industry.

“At this point in time, we are not looking at any outside people necessarily coming in and dominating this industry. This industry is for our people to develop. We will not make that mistake, and therefore we will, of course, meet those who are involved in this industry, and we will work out ways of how we can make sure that they are a part of the industry,” Prime Minister Drew said.

“I would say at this time, the goal is and what we will do is to make sure that the local growers are protected [and] our people are protected within that industry.”

Meanwhile, Prime Minister Drew has said that there is a need to diversify the local economy so as to reduce the country's dependency on the CBI that allows for foreign investors to be granted citizenship in return for making a significant investment in the socio-economic development of the twin island Federation.

“We need, as a country, to understand where we are with the CBI programme and to make meaningful decisions so that we can still benefit from it. However, we cannot allow it to continue to be the mainstay of our revenue generation.”

Prime Minister Drew said in this regard, his administration has already put together an Economic Council that will guide the country's development process.

“That Economic Council is to…make sure that we have that developmental plan and the strategy of implementation as well. Because for example, our economy, the last administration brought the economy to depend heavily on the CBI programme. We have to look to diversify the economy so that (the CBI) is a part of the economy and that we don't depend on that as heavily as we are right now.”

He said the Economic Council will be formalized shortly and its membership will then be made public and in the meantime, government will ensure that funds generated through the CBI programme will be used for the benefit of the population.

“We are now saying that the programme will now be used to deliver what we need in this country. Our electricity generation is in shambles right now. You saw that we had to do some load shedding because the generators are old, they had not been replaced for many years. We had to quickly get in there and we had to buy some new generators.

“We also have to invest in water (and) these are basic things we have to invest in because the country moved ahead with housing and so forth but electricity generation and water were left behind,” Prime Minister Dr. Drew told the St Kitts-Nevis Information Service.