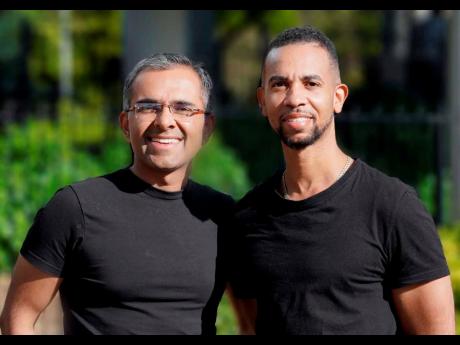 Shepherd can help it. In fact, he’s on the threshold of making their lives easier by revolutionising the concept of dentistry globally, with his Smile Genius app.

He describes his invention as the first-of-its-kind dental or all-in-one treatment platform for dentists to be able to manage cosmetic treatments, particularly braces like Invisalign.

Shepherd who spoke with The Gleaner by telephone from Dublin, Ireland, where he lives and operates a dental clinic, says, “It’s an online platform for dentists. It’s the first time where a dentist has the capability of connecting (with) a patient through an app. as well as their laboratory through (a) laboratory platform and it helps to facilitate the entire treatment process from start to finish,” says the 39-year-old Canadian, of Jamaican parents. Shepherd has partnered with friend and co-founder, Nipun Kathuria, who is knowledgeable about the business aspects of the venture.

Technologically, the app helps to monitor and guide the patient all the way through treatment. It also allows doctors to have an online store with its own scheduling system.

Not yet two years old, it has already made its way across the world.

“It’s a very advanced technology which is now getting a lot of attention. We have clients and interests all the way from Ireland to England. Also in Dubai, Poland, Portugal, China, USA, India and in Jamaica, with two dentists there who are using this app,” he says.

According to an article in The Irish Times, the global clear aligners market is projected to grow from $2.85 billion in 2021 to $10.04 billion in 2028. Many dentists are discouraged about offering the treatment because of the hassle and how time-consuming it is to run, but the Smile Genius app allows them “autonomy over their own sales without splitting those profits up, so that’s why we made something like this to help dentists really compete with these larger brands but also be very independent of the workflow in the treatment process as well, so they can really take control.”

“You can basically have your logo, have your own app in App Store, which reflects your branding, and this is the absolute first time this has ever happened in dentistry with a product like this. Usually, you’re under the name of someone else and now if you have this product; it is a unique,” he remarks.

Also, patients can virtually manage their treatment outside their doctor’s office.

Shepherd says he had loved business from the time he set up his first lemonade stand as a child growing up in Toronto, then later in Mississauga, Ontario.

He says additionally his mother, Michelle Meghie, a businesswoman and president of the Canadian Black Chamber of Commerce, has been at the helm of numerous organisations, so he grew up around business.

He knew he loved, and would pursue dentistry since the day he decided at age 14 to go to his orthodontist’s office

instead of going with his mom for ‘Take your child to work day’.

Shepherd studied dentistry for six years in Slovakia and got his degree there, then later moved to Ireland, where has been for the past four years.

Just before the pandemic hit in 2020, he lived in Jamaica for four months, and was back last year. He says combining both dentistry and business interests has made him a happy man. He believes too that the universe or a higher power has a hand in his destiny.

He still holds closely to the lessons and experiences from his Jamaican upbringing and background. He recalls that he was raised in a household where, unlike his friends, he was not told to go in a corner, instead he got slaps on his bum. Now even as he seeks investors, he also hopes to inspire others along the way.

“I realised that the power that the universe provides is in you and that you can harness that energy - mix (it) with good exercise, positivity, also eating well. Use all that combined, to follow a good dream. Use your resources and don’t pass up on opportunities that come. Just don’t be lazy,” Shepherd says.

“In fact, create your opportunities if they’re not given to you.”