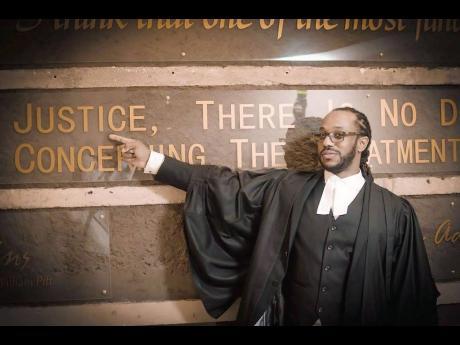 The decision was handed down at a virtual hearing.

Attorney Andre Earle, who is representing Director of Public Prosecutions Paula Llewellyn, who filed the complainant against Buchanan, told The Gleaner that the panel ruled that the lawyer breached Canon 1b of the Legal Profession (Canons of Professional Ethics) Rules.

The section stipulates that an attorney shall at all times maintain the honour and dignity of the profession and shall abstain from behaviour which may tend to discredit the profession of which he is a member.

Earle says a sanction hearing in the matter has been set for October 22.

Among other things, Llewellyn took Buchanan to the GLC after he accused her office of being shady over a request to have the defence in the Vybz Kartel case re-examine a cell phone used as evidence in his murder trial in preparation for an appeal before the United Kingdom-based Privy Council.

He made the remarks in November 2020.

READ: Buchanan ready to defend himself at GLC in DPP matter

Buchanan, one of the attorneys representing incarcerated dancehall artiste Vybz Kartel, had argued that the handling of the matter by the DPP's office breached his client's constitutional right.

But, the DPP hit back, contending that Buchanan mischaracterised events and accused him of engaging in “scurrilous”, “irresponsibly”, “outrageous”, and “reckless” behaviour.

At the time, Llewellyn argued that her office was of the view that his conduct goes against the canons of the legal profession and as such it will take its grouses to the council for it to take disciplinary action.

Buchanan was represented at the hearing by attorney John Clarke.