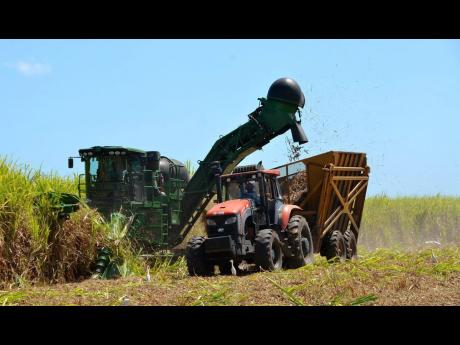 DESPITE LOSING billions since it entered the local sugar industry in 2009, Pan Caribbean Sugar Company (PCSC) says it has no intention of shutting up shop.

The state owned firm intended to have multiple revenue streams, including the production of energy, after investing nearly US$300 million to renovate the factories and fields. However, it has since offloaded Monymusk and Bernard Lodge, to place its focus on the Frome Estate.

But the global decline in the demand for sugar has forced the factory that was once the backbone of Clarendon’s economy to be struggling to survive.

“We are struggling really badly, it’s just a matter of resilience why we are able to continue our operations,” Delroy Armstrong, senior assistant to Hong Han, chairman and CEO of PCSC, told The Gleaner yesterday.

Armstrong added: “If you recall, we used to operate Monymusk and Bernard Lodge as part of our operations and we had to close those properties and give up the lands in both areas, in order not to go under.

“All companies invest to make a profit, but as it stands now we are in a survival mode,” he shared. “So earning a profit will have to be considered later down the road, right now it’s just to remain operational.”

The company has endured a rather turbulent relationship with other sector players, mainly because of differences in culture and labour practices. And despite enjoying a greater understanding in recent times, they have never been able to return to the production levels of earlier years.

Their sole operation, Frome, has earned more than $2.5 billion from its operations to date and pumped an estimated $35 million per week into the economy of adjoining communities Grange Hill, Savanna-la-Mar, Bull Savannah, Trollo, Kendal, Grange, Townhead, Sterling, Banbury and Delveland.

In its heyday the factory employed nearly 3,000 persons during the peak season, a similar number of workers were employed by the farmers. Another 45,000 people are believed to be indirectly employed through economic activities spawned by the Frome sugar operations.

With the sugar-dependent communities relying on its survival to put food on the table, PCSC says that they are motivated to push on.

“We provide an essential benefit to the people and the communities we operate in, and the company is cognisant of that,” said Armstrong. “Therefore, even though we are not a profitable company at this time, we are surviving on the resources that we have.”