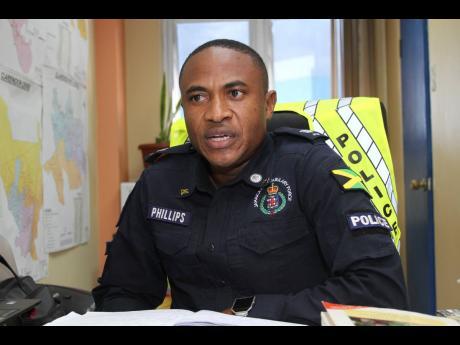 The police are still pursuing a suspect in the deadly mass shooting at the Jamaica Broilers Group playing field in Spring Village in Old Harbour, St Catherine last month.

He said several statements have been recorded, including from eyewitnesses.

The name of the suspect was not disclosed.

Nine persons were shot, three fatally during the September 18 incident. The gunmen were reportedly targeting one of the deceased who the police believe was implicated in a missing firearm scheme.

Two of the deceased were employees of the poultry company. Four workers were injured.

Phillips, along with National Security Minister, Dr Horace Chang, Commissioner of Police Major General Antony Anderson, and a team from Jamaica Boilers, led by its chairman Robert Levy, visited the community on September 21.

SSP Phillips also gave an update on the August murder of Chevelle Lewis, a 31-year-old pump attendant who was shot dead at the Petcom service station on Passage Fort Drive in Portmore. She was allegedly attacked by two men.

Phillips said persons taken into custody over the case were interviewed and released. Several statements were also collected.

Lewis was from the community of Compound in Central Village, St Catherine.

Meanwhile, in his overview, Phillips noted that the police division recorded 97 murders for the period January 1 - September 30, 2022. Some 88 homicides were reported up to September 19 last year.

Approximately 46 per cent of the murders were linked to gang feuds and another 38 per cent categorised as 'criminal act'.

The St Catherine South Police Division includes Portmore, a dormitory coastal community of over 300,000. The government is pushing for the municipality to be given parish status.