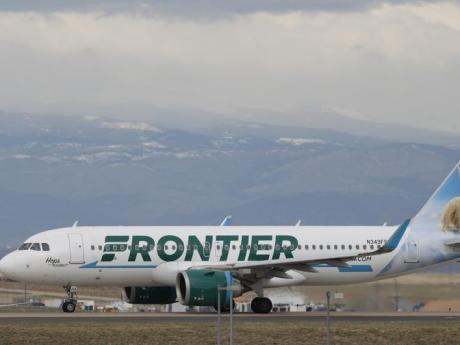 With the new service, Frontier will serve a total of eight nonstop destinations from the Sangster airport. - AP photo.

With the new service, Frontier will serve a total of eight nonstop destinations from the Sangster airport.

To celebrate the new routes, the airline is offering fares as low as $139.

“This new nonstop service to three major American gateways is further proof of Frontier's commitment to providing Jamaicans with convenient, affordable flight options to the US,” said Daniel Shurz, senior vice president of commercial, Frontier Airlines, in a statement today.

“At the same time, this new service will be a huge draw for Americans who reside in or near these major metropolitan areas and want to escape winter to come enjoy some sunshine and warm Jamaican hospitality.”

“We are extremely grateful to Frontier for their continued partnership and expansion of service into Jamaica,” said Jamaica's Minister of Tourism, Edmund Bartlett.

“This directly benefits our tourism industry as we seek to go into the next phase of our recovery and grow exponentially.”