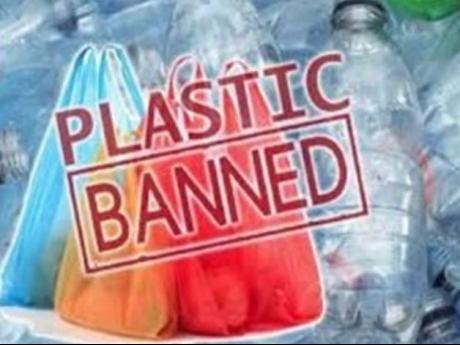 The businesses, which were not named, are to appear in the St James Parish Court on Wednesday. - File photo

Twelve businesses in St James have been charged for allegedly breaching the plastic ban.

The businesses, which were not named, are to appear in the St James Parish Court on Wednesday.

The National Environment and Planning Agency says, in September, the businesses were seen with commercial quantities of drinking straws attached to juice or drink boxes as well as banned single-use plastic bags.

Morjorn  Wallock, Director of Legal and  Enforcement at NEPA says the agency "remains strident in its efforts  to  increase compliance with the ban on some single-use  plastics and other environmental and planning laws.”

The agency is reminding the public that under the Natural Resources Conservation Authority (Plastic Packaging Materials) Prohibition Order, it is an offence to import, distribute or use single-use plastic bags with dimensions not exceeding 24 x24 inches and 2.5 mils in thickness.

The partial ban on single-use plastics also extends to plastic drinking straws, plastic straws affixed to box juices and drink pouches and the importation, manufacture, distribution, and use of expanded polystyrene foam products.

Anyone found in breach may be fined up to $50,000 and/or a term of imprisonment.

NEPA adds that breaches involving importation of single plastics will be prosecuted under the Trade (Plastic Packaging Materials Prohibition) Order and if found guilty, the Court may impose a maximum fine of $2 million and/or a term of imprisonment.