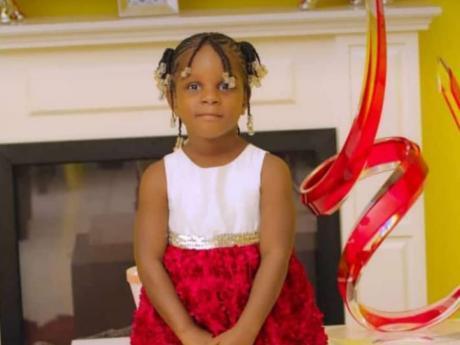 Denique Salmon was shot as she slept on October 7, 2021, as gunmen from warring factions fired in the New Haven community.

The police have charged a St Andrew bus conductor over the shooting death of five-year-old Denique Salmon who was killed while she was asleep last year.

Charged with murder, conspiracy to murder and illegal possession of firearm and ammunition is 31-year-old Theodore Beavers, otherwise called 'Theo', of a Duhaney Terrace address.

Denique was shot as she slept on October 7, 2021, in New Haven, St Andrew as gunmen from warring factions fired in the community.

She was taken to the Bustamante Hospital for Children where she was pronounced dead.

The police say Beavers, who was listed as wanted following the shooting, was picked up by a police team in Spanish Town, St Catherine on Thursday, September 22.

He was then handed over to the St Andrew South police and on Monday, October 3, he was pointed out during an identification parade and subsequently charged.