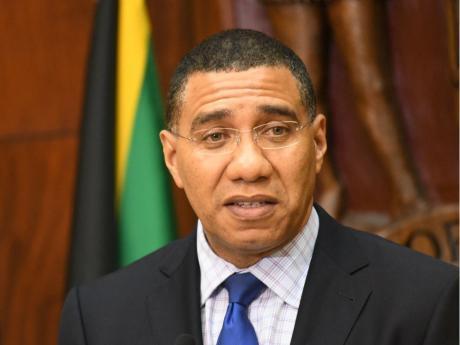 The Ministry of National Security is to begin the rollout of a public education campaign around the proposed new firearm law as a matter of priority.

The directive was issued at a meeting of the National Security Council (NSC) last week Thursday, which was chaired by Prime Minister Andrew Holness.

A statement today from the Office of the Prime Minister (OPM) indicated that the monthly meeting discussed the public education campaign and gun amnesty that is to accompany the legislation.

It was pointed out that the amnesty will follow and run concurrently with a period of intense public education on the provision of the new firearm law and will give persons in possession of illegal firearms, the opportunity to surrender these weapons to the State, without jeopardy of prosecution.

It was agreed that the amnesty will not be for an extended period.

And OPM said the security council also reviewed progress on other pieces of legislation to strengthen overall law enforcement, including the Bail Act and the Enhanced Security Measures Act.

Meanwhile, OPM said the council was informed that criminals have captured sections of the Bernard Lodge property in St Catherine.

The body reportedly expressed grave concerns and directed that strong action be taken to halt the illegal capture and squatting in the area.

It was indicated that the security forces have increased their presence in the area.

In the meantime, OPM said the Commissioner of Police Major General Antony Anderson highlighted the "Operation Relentless II” initiative which was recently launched by the Jamaica Constabulary Force (JCF), in partnership with the Jamaica Defence Force.

The initiative targets gangs and gangsters involved in violent crimes and the illicit gun trade.

Focus will also be given to the associated lottery scamming and narcotics activities that fund these guns.

The system will facilitate the electronic recording of reports, complaints, and administrative entries by the police.

The NSC was also briefed on operational updates from the Jamaica Defence Force, Major Organised Crime and Anti-Corruption Agency and the Jamaica Customs Agency on efforts underway in their respective portfolios for the protection and security of the country.

OPM said Holness reiterated his strong commitment to supporting the security forces with the legislative and policy tools along with the requisite fiscal resources, to make Jamaica a safe and secure country.