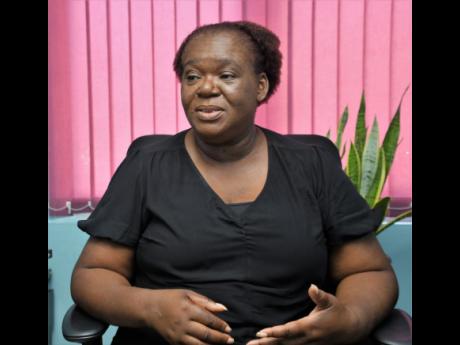 The operations and image of the National Neighbourhood Watch Movement are being revamped to build citizens' capacity to help fight crime in Jamaican communities.

President, Dr Asha Mwendo said the organisation, which traditionally assumes responsibility for formulating and executing safety and security operations in formal communities, has, over the years, moved away from its core engagements.

“Essentially, the watches have become appendages of Citizens Associations or Community Development Committees (CDCs). This has weakened the function and obscured the movement's mission. Many chapters have become arms of citizens associations and are as strong as the focus of the associations' leadership,” she told JIS News.

Dr Mwendo said the proposed new model would see the watches being more visible and effective in their operations and functioning independently of citizens associations and CDCs.

The movement will be working closely with the Jamaica Constabulary Force, particularly the Community Safety and Security Branch.

“As Jamaica is in our 60th year of Independence, the National Neighbourhood Watch Movement is on [the move] to reignite its citizenry to come together for the protection of themselves and their property, as well as for the prevention of any threat to their communities… in true partnership with the safety and security arm of the police and all well-thinking persons and groups,” she stated.

An important step forward, Dr Mwendo said, will be “for us to re-establish the organisation as a movement with active, functional divisions, with our own identity –separate but complementary to other community groups”.

She said the aim of re-imagining the National Neighbourhood Watch Movement is to position it to become a crusade to build communities that are crime-averse orderly spaces, which will be uncomfortable for criminal and antisocial elements.

“Not as an informer group, but as a proactive, motivated, citizens' group… that looks at how we take care of each other, how we look out for each other; [one that will] make sure our young people are engaged [and] active… not idle for [misguided] people to encourage them into crime,” Dr Mwendo said.

“So, we want for the community to become uncomfortable for the violence producers, [and where] we will have our young people gainfully employed and citizens are working together for their safety and security, so that those who do not want to conform to live good among us … they will be uncomfortable,” she added.

Dr Mwendo said plans to re-energise the NNWM was in direct response to the crime and murder rate in communities.

She explained that the intention is to empower citizens to reject the notion that nothing can be done to stem crime and violence, or that the responsibility for doing so rests in the hands of their political leaders and the police.

The National Neighbourhood Watch Movement is currently finalising plans to train its members in safety and security strategies, dispute resolution, conflict management and resolution, and mediation.

Symbolic to the rebranding, Dr Mwendo stated, will be the presentation of a new NNWM logo in November, which is celebrated as National Neighbourhood Watch Movement Month.

The competition to identify the logo, which was launched in July, is at its judging stage and top entries are being selected from the pool of entrants.