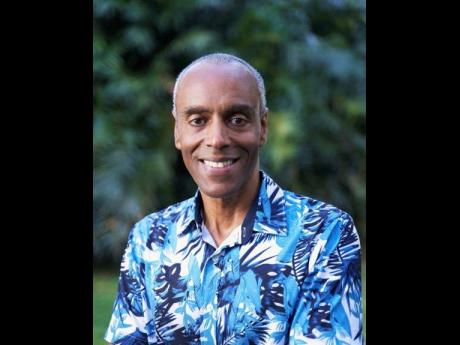 A NEW research paper, including the contributions of at least one Caribbean scientist, has reinforced the need to give attention to the linkages between climate change and projected increases in pest risk in agriculture, horticulture, and forestry.

“Climate change already challenges people’s livelihood globally and it also affects plant health. Rising temperatures facilitate the introduction and establishment of unwanted organisms, including arthropods, pathogens, and weeds (pests). For example, a single, unusually warm winter under temperate climatic conditions may be sufficient to assist the establishment of invasive plant pests, which otherwise would not be able to establish,” reads a section of the research paper titled Climate Change and Pathways Used by Pests as Challenges to Plant Health in Agriculture and Forestry.

“In addition, the increased market globalisation and related transport of recent years, coupled with increased temperatures, has led to favourable conditions for pest movement, invasion, and establishment worldwide. Most published studies indicate that, in general, pest risk will increase in agricultural ecosystems under climate-change scenarios, especially in today’s cooler arctic, boreal, temperate, and subtropical regions. This is also mostly true for forestry,” adds the review paper whose authors include Dr Tannecia Stephenson, who heads the Physics Department of The University of the West Indies (UWI).

According to the research team, climate change has contributed to some pests having already expanded their host range or distribution; and understanding the ways in which they have been able to do so is valuable for informed adaptation and mitigation responses.

“The review concludes that preventive mitigation and adaptation measures, including biosecurity, are key to reducing the projected increases in pest risk in agriculture, horticulture, and forestry. Therefore, the sustainable management of pests is urgently needed. It requires holistic solutions, including effective phytosanitary regulations, globally coordinated diagnostic and surveillance systems, pest risk modelling and analysis, and preparedness for proactive management,” they said.

Dr Dwight Robinson, head of the Department of Life Sciences at The UWI, has noted the value of the paper, which was published last month.

“In fact, case studies are presented about two pests that are currently a major concern in Jamaica. These are the Fall Armyworm ( Spodoptera frugiperda) which affects a wide variety of vegetable crops produced by small farmers across Jamaica, and the Coffee leaf rust ( Hemileia vastatrix), which has, in the past, had a devastating impact on Jamaica’s important coffee industry,” he said.

“The scenarios described suggest that there is likely to be range expansion and more frequent outbreak of these pest in Jamaica should we have a two degrees Celsius rise in temperature and that would have significant implications for pest management costs associated with the affected crops,” the department head added.

Robinson said immediate next steps must include the identification and prioritisation of present and future climate change-induced pest risks.

“There is likely to be several gaps in the knowledge and we will need to begin filling the critical components in that gap in a manner that will allow us to conduct area-specific pest risk modelling and analyses for Jamaica. This is critical for us to embark on a proactive approach to the development of climate resilient and sustainable pest management programmes, specifically designed for different agricultural ecosystems in Jamaica,” he said.

As for the approach, he said it needs to be multi-sectoral.

“This should involve all stakeholders in the agricultural sector, particularly the farmers, researchers, funding agencies and the relevant government agencies,” he noted.

“The response required needs everyone on board to arrive at a sustainable solution. A non-inclusive approach will result in a response that falls well short of what will be necessary and is likely to have a detrimental effect on Jamaica’s efforts at attaining and maintaining food security,” Robinson added.